Students at Presidio Graduate School have the privilege to learn from forward-thinking sustainability practitioners and thought leaders.

Every year students and faculty come together to identify guest speakers who embody the language and work that our education prepares us for as change agents. We attract passionate thought leaders from the broader community who inspire creative, collaborative change in the field of sustainability.

These pioneers are advancing sustainable business practices, researching social and ecological sustainability, and leading organizations—and our world—to a more sustainable future. From artists and activists to executives at companies, non-profits, and government, students have the opportunity to engage with some of today’s most influential and motivating change makers.

CAIRs bring diverse professional experience and personal reflections to round-out the academic curriculum. They embody our philosophy of learning through experience, helping to facilitate intersectional conversations between their field and financial, social, and environmental aspects of sustainability. These conversations foster a rich, supportive network that helps students succeed at PGS and beyond.

Ongoing engagement with these change agents allows students and faculty new perspectives and prepares learners to design and lead pioneering enterprises, businesses, and organizations. They serve as coaches and mentors to students while in school and after graduation.

Peter Filipovic received his undergraduate degree in Finance from the University of Arizona and then went on to receive his MBA in International Finance from the Thunderbird School of Global Management at Arizona State University. After receiving his MBA, Peter worked at Kimberly-Clark, which is a multinational personal care product corporation, known for products like Kleenex, Scott, and Huggies. In 2006, Peter began working at Seattle-based Starbucks, as the Treasury Manager in Capital Markets. During the course of his career, Peter has accelerated through leadership roles at Starbucks that have helped him develop a global perspective on the business including Sr. Manager of Business Development China, Asia Pacific; Sr. Manager of Business Development Europe, Middle East Africa; Director of Global Strategy and Business Development. In June of 2018, he assumed the role of Vice President Treasurer. 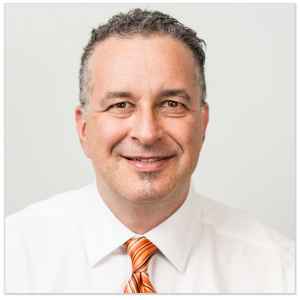 David is one of the nation’s leading public relations strategists. He’s represented foreign governments, multi-national candy manufacturers, biopharmaceutical companies and industries. He has worked with journalists for every major news organization in the United States and Europe to advance his clients’ positions. By the age of 29, David served as Senior Vice President, Health and Medical, for Ogilvy Public Relations Worldwide where he managed all North American accounts.

David followed his entrepreneurial vision in 1998 by starting WHITECOAT Strategies, a strategic communications firm dedicated to advancing the responsible use of disruptive technologies, including artificial intelligence, alternative energy, and biological medicines.

In November 2013 David was elected to serve as the Advisory Neighborhood Commissioner in the Petworth neighborhood of Washington, D.C. Through his ANC role, he supported the needs of the majority-minority community he represented. He led a community effort to address chronic youth unemployment that, combined with his experience counseling entrepreneurs of privilege, led to the creation of DC Community Carrot, a 501(c)3 he founded to teach young adults who come from poverty to launch businesses of their own.

He resigned his elected office and non-profit positions to support his wife’s job transfer to Seattle in December 2018. David approached the Accelerator YMCA, one of the largest providers of support services to impoverished young adults in the Pacific Northwest, and won their approval to create Seattle Community Carrot, Seattle’s first entrepreneurship training program dedicated solely to low-income young adults. The program has recruited its first class of 12 young entrepreneurs who David is leading to launch their businesses with the goal of ending the cycle of multi-generational poverty for them and their families.

David continues to advise start-ups and entrepreneurs worldwide and serves as a mentor to business start-ups through Singularity University in Silicon Valley and at the GW University School of Business.

Johnpaul Jones has a distinguished 45-year career as an architect and founding partner of Jones & Jones. Earning his Bachelor of Architecture from the University of Oregon in 1967, his design philosophy emerged from his Choctaw ancestors, which connected him to the natural world, animal world, spirit world, and human world.

Mr. Jones’ designs have won widespread acclaim for their reverence for the earth, for paying deep respect to regional architectural traditions and native landscapes, and for heightening understanding of Indigenous people and their cultures of America. Johnpaul has led the design of numerous cultural educational centers and museums with tribes spanning the North American continent, culminating in his 12-year engagement as the overall lead design consultant for the Smithsonian’s National Museum of the American Indian on the Mall in Washington, D.C.

George McCadden is an experienced software developer and a full stack marketing professional with a passion branding, strategy, research, and communications. He is the founder and Chief Creative Officer of LATHAN, a branding and technology production company that works with startups to create a brand identity that translates the essence of the value that they deliver to consumers. 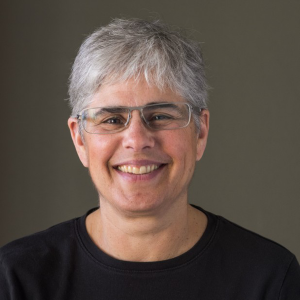 Jill Bamburg partnered with Gifford and Libba Pinchot to co-found Bainbridge Graduate Institute (BGI), the first sustainable MBA program in the US. She spent the last 15 years of her career with BGI (since merged with Presidio Graduate School), serving in a variety of capacities, including faculty, dean, director of curriculum development, and president.

She is also a student of social enterprise and the author of a book on mission-driven businesses – (2006) Getting to Scale: Growing Your Business Without Selling Out.

Prior to joining BGI, Jill pursued careers in higher education, marketing, and community journalism. She holds a BA in English from Washington University and an MBA from Stanford.

At present, she is happily and gainfully “unemployed,” finding her way in life’s third chapter, retirement.

In 2013, she expressed her thoughts on the role of purpose in business via a TEDx Talk:

Craig has been a featured speaker at Brand Packaging’s “Packaging That Sells” conference, Farm to Label, Global Pouch Forum, The Packaging Management Council, Petfood Forum, The Marketing Educators’ Association, The Sustainable Packaging Forum, Harvest New England and the Academy of Marketing Science. He’s a member of the faculty of Today’s Managers, Tomorrow’s Leaders, a weeklong institute hosted by Portland State University’s Food Industry Leadership Center and the Food Marketing Institute, and is a member of the advisory board of Portland State University’s Center for Retail Leadership. Craig has a degree in International Business from Linfield College where he also serves on the Business Advisory Council providing strategic direction, advocacy, and development for the institution’s business programs.

A passionate supporter of local business, Craig sits on the Board of Directors of Pacific West Bank, a two-branch community business bank headquartered in West Linn, Oregon. 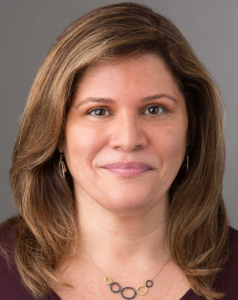 Donna LaSala is the Chief Innovation Officer and Chief Operating Officer for Goodwill Industries of San Francisco, San Mateo, and Marin. In addition, Donna teaches the SF PGS Public Sector Finance; Information Management, Technology & Policy; and, Research Methods & Policy Evaluation courses. Prior to joining Goodwill, Donna was the Director of Information Technology for the City of Berkeley, California. Donna also served on the administrative staff at John Cabot University in Rome, Italy, spent three years on the Graduate Student Staff at the Israel Institute of Technology and is a graduate of the Kennedy School of Government’s ‘Senior Executives in State and Local Government’ program. She has a BSc in Policy Analysis and Economics from Cornell University and an MPA in Public Sector Finance Information Management, Technology & Policy from the University of San Francisco.  Donna is passionate about efficient and sustainable government automation, implementing analytical frameworks for business process analysis, ethical information management, performance measurement, and business intelligence, broadening civic participation and access to education. 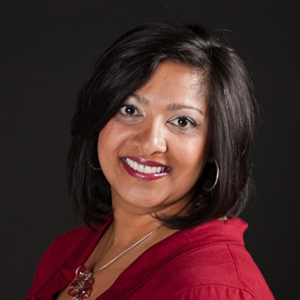 Mona Das worked for a variety of software companies before launching MOXY Mortgage in 2004, a mortgage business focused on educating and empowering first-time homebuyers.  In 2012, Mona graduated from Pinchot University, now Presidio Graduate School, with an MBA in Sustainable Business; she previously earned a BA in Psychology from the University of Cincinnati. Mona was previously a PGS board member and has served as the Vice-Chair of the Multnomah County Advisory Committee on Sustainability and Innovation and on the Budget Committee for The Portland Bureau of Planning and Sustainability.  In addition to her interest in sustainability, Mona has demonstrated her commitment to equality—for immigrants, women, and anyone in our society who needs a stronger voice—through her leadership positions with various organizations, including:

At LaborVoices, Khanna is building a Glassdoor-like platform that guides workers to the best jobs and global brands to the best suppliers. Already, LaborVoices has data on tens of thousands of workers from more than one hundred factories and farms in 11 countries. He is passionate about developing products that delight users while also creating social impact. Previously, he has held analytics and research roles at PayPal, Wikimedia Foundation, and Duke University. Ayush has a Masters degree in Information Science from UC Berkeley and a Bachelors degree in Computer Science from Mumbai University.

In addition to Jessica’s leadership roles at Democracy Collaborative she serves as a consultant and project lead in the advisory practice, oversees research and outreach related to employee ownership projects, and she also provides as needed business development support to the Evergreen Cooperatives and the Rochester Cooperative Project.

Jessica’s primary areas of expertise include impact investing, organizational design, and business development, with a special emphasis on start-ups, social ventures, and small to medium-sized enterprises. Her early career was spent as a micro-entrepreneur, teacher, and the leader of multiple mission-driven community organizations. After becoming aware of cooperative business ownership models and the broader social enterprise movement, she returned to earn her M.B.A. at The University of Notre Dame, as an M.B.A. Fellow and Forte Foundation Fellow. During this time, Jessica concentrated in investments and social business models and served as an Associate in an early-stage investment office, an Equity Analyst for the university’s endowment, and a Consultant to several domestic and international impact organizations, including Catholic Relief Services, The Irish Angels, and The Valley Alliance for Worker Cooperatives.

Past Experts and Change Agents in Residence – San Francisco

How and Where Will you See our CAIRs in Action