How to Get Investors to Finance Conservation Programs

David's motivation for the work of PCPG: Lake Anna in California's Trinity Alps

What if your mutual fund could put your money to work paying for a local stream restoration project? What if your 401(k) could be used to finance a childcare program? Students of Presidio Graduate School’s Capital Markets class are regularly asked a question that, on its surface, sounds oxymoronic: how can the capital markets be utilized to advance sustainability?

The hard reality is, few social and environmental programs generate revenue. As a result, there’s rarely a return on the money used to finance them. The vast wealth generated by the private sector tends to stay away from these types of programs, making private investment accessible only to profit-driven ventures. Funding for social and environmental projects is limited to what governments and nonprofit organizations can siphon off from the private sector through taxes and charitable giving.

What if there was a way to incentivize private investors to directly finance programs that aren’t driven by profit? With the incredible societal and environmental value of these kinds of programs, such a mechanism would certainly be a boon to sustainability.

This is exactly what the Social Impact Bond (SIB) does. SIBs work by financing projects that, if enacted now, save taxpayers money down the road. If the project meets its predetermined goals, then the investors of the project get their money back, plus some of the amount the state saved from the project’s enactment – which essentially behaves like an interest payment.

Inspired by a missing piece to the puzzle.

There are only two active SIBs anywhere, in the UK and New York City. Others are currently looking to establish pilot SIBs – including the Obama administration – but they’re all geared towards social programs. Using SIBs to finance conservation programs isn’t on anyone’s radar.

This gap inspired the Presidio Capital Markets team of Eric Cetnarski, Jared Brick and myself. The closure of 70 of California’s State Parks due to budget shortfalls seemed imminent, and we thought that if there was a way California could leverage the incredible value of the land it maintains in its state park system using a SIB, the state could supplement the budget of the parks department with private investment.

Further research and discussions with experts in the field only confirmed the promise of this idea. But as with many Presidio Graduate School projects, we only had a semester to develop it.

Extending the project beyond graduation.

After graduating, the more I pondered this, the more excited I became. To implement such a financial mechanism requires passage of authorization legislation in Sacramento and a study of the value of the ecosystem services the state parks provide. Such an endeavor fits squarely in my experiential background of public/private cooperation to advance sustainability. In addition to the Presidio degree I recently earned, it was just a few years ago that I was working in Washington, DC and spearheaded a campaign that achieved passage of a federal law.

So just a month ago, I decided to take the leap and create a nonprofit organization called Private Capital for Public Good (PCPG) to be able to raise the funding required so that I can give this endeavor the full-time effort it deserves.

PCPG’s initial intention is to become fiscally sponsored by an established 501(c)(3) organization so that the arduous and expensive process of acquiring independent charitable status can be postponed. But even with this expedited process, it will still be months and months before PCPG can expect its first grant.

In the meantime, PCPG has an Indiegogo crowdfunding campaign so that the project can get started right away... because California’s State Parks don’t have a lot of time.

The goals of PCPG’s multi-pronged strategy include:

Once all legal, political, and research hurdles have been crossed, the project will be passed to an established Bond Issuing Organization with the competencies to administer the SIB.

All this work would not be happening without the tools and inspiration provided by Presidio’s Capital Markets class. 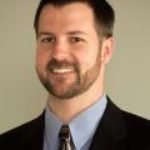 One Planet, Two Cultures, One Curriculum: Taking the PGS Methodology to Colombia

Presidio Graduate School is always exploring and nurturing new opportunities to spread its brand of sustainable management and our techniques...

Eliminating waste is good for the environment. Laura Weiss is hoping to prove that it’s also good for business. The...