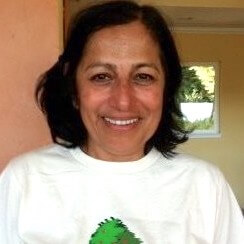 Dr. Jasmin Ansar is an accomplished academic and climate economist with experience across the private and public sectors. Dr. Ansar began her career as a professor at City University in London, England, where she spent a decade guiding students in material across Econometrics and Economics. Following this introduction to academia, Jasmin took her talents to Purdue University and the University of British Columbia, where she joined as a visiting professor.

Jasmin led a team of economists at Pacific Gas and Electric Company, where she helped spearhead new strategic and economic analysis for the utility company, before moving to the non-profit sector, where she joined the Union of Concerned Scientists as a Climate Economist and helped to design and advocate for effective global warming policies (with particular emphasis on proposals in California).

Most recently, Dr. Ansar has served as an Adjunct Professor in the Economics department at the Lorry I. Lokey Graduate School of Public Policy and Business at Mills College in Oakland, California. She has taught courses across subjects such as statistics, microeconomics, environmental economics, and modeling and data analysis.