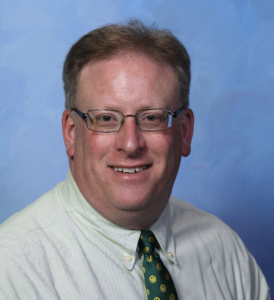 Larry Azer is a Senior Instructor in the Political Science Department at Bridgewater State University in Massachusetts, where he earned his Master of Public Administration in 2014 and teaches classes on Public Budgeting. While working towards his MPA degree, Larry was awarded the Guy Clifford Scholarship in 2013 for his scholastic achievement and commitment to public service. As a capstone assignment, Larry had his book review of “Trapped Under the Sea” by Neil Swidey published in The Public Manager in the winter of 2014.

Larry has been the Director of Finance and Operations for the King Philip Regional School District since July 2017, where he is responsible for all aspects of financial management and ancillary services including budget development, capital planning, food services, student transportation, and facilities management. He is a member of the Massachusetts Association of School Business Officials (MASBO) and is a Massachusetts Certified Public Purchasing Officer (MCPPO). Larry previously served in a similar capacity for the Dennis-Yarmouth Regional School District for six-and-a-half years.

Larry also served as an elected member of the Randolph School Committee from 2003 to 2012, including three years as the board’s chair, as well as creating and chairing the budget sub-committee. He was a very active member of the Massachusetts Association of School Committees (MASC) and he led the school district’s effort in passing a $5.5 million operational override of Proposition 2½ in 2008, which is the largest such override in the history of Massachusetts.

Before transitioning into the public sector, Larry spent nearly two decades managing customer contact centers, working for companies such as AT+T Wireless, Blue Cross Blue Shield, DirecTV, and Comcast. In his community, Larry served on the Board of Recreation, was a longtime Town Meeting Member, and volunteered as a Little League coach and for Randolph Community Television (RCTV), all of which contributed to him being named one of the “Stars 40 Under 40” as an emerging leader on the South Shore.

Larry lives on scenic Cape Cod with his wife, Caryn, and their daughters, Rachel and Rebecca.