Firelake Capital is a classic venture capital investment partnership. Its mission is to bring to market innovative products in information technology, energy technology, and material science. In so doing, the partners believe they will have a positive environmental and social impact.

Firelake co-founder and Managing Director, Marty Lagod, has an ongoing initiative, “Truth of Convenience,” which aims to educate elected officials at the state and Federal level about the true cost of fossil fuels. To support the initiative, Lagod required  a detailed understanding of external costs associated with the use of fossil fuels for transportation and national energy production.  My internship, which was funded by the Fink Foundation, tasked me to complete research to determine the true costs of a gallon of gasoline and 1KW of electricity. The research required extensive review of academic papers, government research, data from national and international organizations such as the IEA and publically traded energy companies.

At the onset of the research, I thought most of our country’s energy problems lay at the feet of the oil companies and auto industry. I also assumed the oil companies, through their use of government lobbying were responsible for the inaction of the federal government to address CO2 emissions. Upon completion of the research I now understand this is not the case and with adjustments to US energy policy, significant good can be achieved by addressing the following issues.

Coal used in the electrical generation process is responsible for the majority of the CO2 produced in the US. The current electrical generation infrastructure is aging and must be upgraded in the near future. Renewable energy is currently not capable of replacing current generation methods and switching to Natural Gas as a transition fuel reduces current CO2 levels by 40% without negatively impacting the US economy. Furthermore, the coal industry is responsible for significant externalities that are not accounted for and in some cases passed onto US taxpayers.

Depending on the financial model used, the cost of climate change associated with elevated atmospheric CO2 ranges between 20 cents and 28.5 cents per Kw of generated electricity.

The healthcare and environmental costs associated with the coal mining industry range between 9 cents and 17 cents per Kw of generated electricity.These costs are currently transferred to the states and Federal government through Medicare and disability payments.

Oil dependence costs US citizens approximately $1billion annually (amounting to $7.60/ gallon). The costs are associated with US military policing of Middle East sea-lanes and economic inefficiencies associated with the market power of the OPEC oil cartel. The size of the oil reserves held by OPEC and Russia, coupled with their production costs (vs. North American advanced production costs) prevent the US from ever being able to regulate the price of oil, or undermine the monopolistic power of OPEC. Consequently, OPEC continues to maintain market power, which creates an economically inefficient oil market, resulting in ongoing negative implications for US consumers; oil sells at prices significantly above levels that would be seen in a monopoly free, efficient market. This economically inefficient oil market results in excessive wealth transfer from US consumers to oil producers, both domestic and foreign.

The US has always regarded energy as a national security issue, evident in the Federal government petroleum reserve, which holds enough fuel to operate the US military for five years. It is also evident in extended Navy presences in the Arabian Sea. Reducing US dependence on oil would allow the US to reduce this military presence and associated costs incurred by US taxpayers. Additionally, global competitors are “free riders” who benefit from US taxpayers paying for the policing of oil lanes.

As with many government research programs, such as the space program, Federal government support of renewable energy research will accelerate the creation of a vibrant market for renewable energy and associated technologies, including cellulosic ethanol for personal transportation, wind and solar for electricity generation and advanced energy storage techniques required to complement wind and solar.

Dermot Grady is a part-time student and member of the C10 cohort of Presidio Graduate School’s MBA program, graduating in the summer of 2013. Dermot has a twenty plus year background in information technology, predominantly developing IT systems in financial services. His interests are technology, finance, and regulated capital markets as a mechanism to accelerate the move to a low carbon economy. The internship opportunity at Firelake Capital offered an opportunity to participate in a research project that touched on his interests and broadens his learning. 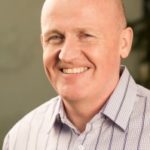 “Here’s to the Doers:” Celebrating the leaders who create the fabric of social enterprise with the Impact Weavers Award

“Here’s to the Doers:” Celebrating the leaders who create the fabric of social enterprise with the Impact Weavers Award When...

Let’s be honest: the deficit isn’t going away anytime soon. It is a problem, but it’s not the real problem....

While we fantasize about a dream matchup in next year’s Super Bowl 50 at Santa Clara (Oakland Raiders vs. San...