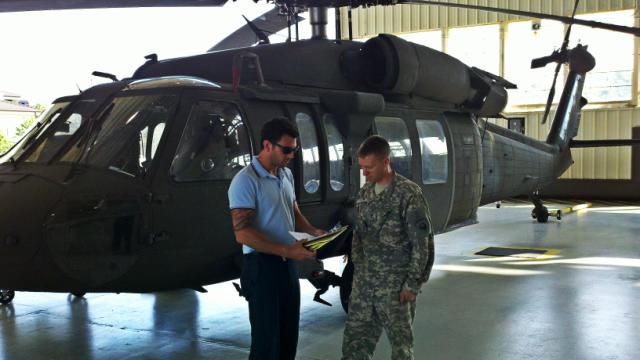 Can I Do This Again Next Year Please? My Fellowship at Fort Bragg

I do not want to brag, but the U.S. Army engagement at Fort Bragg is the best in EDF Climate Corps. I apologize for the bombastic tone of this statement; however, when I consider the opportunities afforded to me during my time here, it is hard for me to imagine a comparable experience anywhere else. I base my assertion on three particular characteristics of this engagement: 1) the unlimited learning opportunity, 2) the opportunity to add value in multiple areas and 3) the opportunity to meet high profile and multi-talented individuals.

Upon my arrival to the energy office at Fort Bragg, I met a team of nine individuals comprised of several engineers with 25-40 years of experience, a former employee of a private utilities company and a dual master’s degree holder currently pursuing her M.S. in global energy management. Suffice it to say, I was the least experienced person in the room. It did not take long for me to realize that my ability to identify efficiency/conservation opportunities that they had not already considered was limited. My first response to this reality was to be disconcerted; how would I fulfill my obligation to EDF and the Army without possessing any experiential or academic advantage over this exceptional team? Fortunately for me, this fact would prove beneficial to me rather than detrimental. While the overview offered during EDF Climate Corps training was informative, my full immersion into this work environment proved to be downright educational. Thanks to the energy team’s expertise, I was presented with superb demonstrations on evaluating energy project viability. It was this team’s willingness and ability to teach that presented me with my chance to add value.

A huge benefit of assisting such an accomplished team was their awareness of projects that desperately needed attention, but had slipped lower on their priorities list due to a significant workload. This became the unorthodox path to my summer project, and the means by which I ultimately added value to the Army. For the last two years, the five megawatt cogeneration (combined heat and power) plant on base had been down, and there was debate about how the equipment was utilized prior to its degradation. With renewed plans to bring the cogen plant back online, the energy team tasked me with analyzing the best use of the plant to maximize savings. By presenting me with a longstanding challenge they’ve faced with their cogen plant, I was able to provide the necessary deep dive, which was outside of their bandwidth, to identify lost savings based on historical use and make recommendations on how to realize those savings moving forward. I’m proud to say I was successful in creating a tool that enables the energy team to identify cogen savings, based on fluctuating gas and energy prices, without having to perform another in-depth analysis.

In addition to helping reduce their workload, I leveraged my prior military experience to encourage energy conservation among soldiers. In their estimation, neglectful behavior contributes roughly 10-20 percent of their substantial annual energy bill, which prompted the energy team to build up a robust outreach program; a program that I was happy to help promote in the form of face-to-face engagement and education.

Ultimately, both of these projects proved to be the type of summer engagement that simultaneously fell within and outside my realm of knowledge. To complete them, it forced an expansion of my skill-set, which has not only bolstered my knowledge, but my professional confidence as well.

Finally, while I recognize that many other fellows can likely cite a robust learning opportunity and multiple areas to add value as well, I had the distinct opportunity to meet an array of high profile and multi-talented individuals that I believe sets the Army engagement apart from the rest. Perhaps the most exciting encounter I had, came in the form of a convening of the Defense Science Studies Group (DSSG). DSSG is a special program facilitated by the Department of Defense (DoD), wherein a select team of scientists from DoD’s research and development wing, DARPA (Defense Advanced Research Projects Agency), consult with military personnel to identify research opportunities, in the realms of weaponry, energy and robotics. This collection of individuals, from both the Army and DARPA, represent some of the brightest and most talented from each organization. The nature of this engagement afforded me the opportunity to meet, mingle and converse with this cohort, on topics ranging from energy efficiency technology to advanced robotics (of particular interest to me).

It is fair to say that an opportunity to meet these accomplished and brilliant individuals would likely never avail itself to me were I not positioned as an EDF Climate Corps fellow at Fort Bragg. Aside from my propensity for “geeking out” at meeting some of the advanced robotics scientists from DARPA, it was a great honor to meet such decorated military personnel. To be sure, these encounters represent some of the most memorable of the summer.

While I believe my assertion to be true, that no other fellow had it better than I did, it was also an attempt at facetiousness. After a summer of striving to embody the EDF ethos, among a diverse array of professional organizations, it is my hope that every EDF fellow is able to make the same proclamation about their summer engagement. That they too feel that theirs was the best fellowship opportunity of the summer. I look forward to hearing about the various experiences of this year’s climate corps fellows, and to sharing more of my own at the Annual EDF Climate Corps Network Event this fall.

This article was originally posted on the EDF Climate Corps Blog.