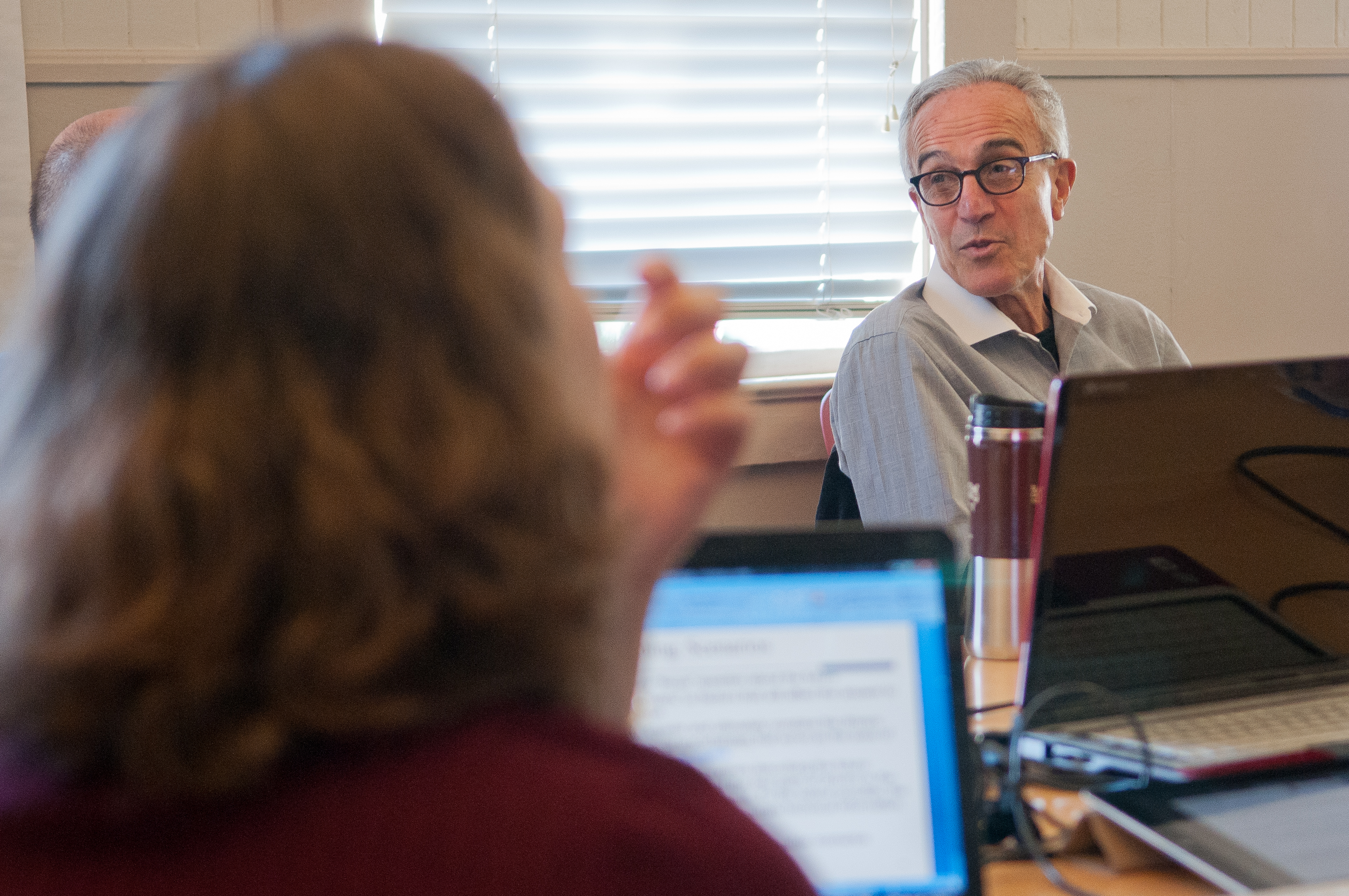 Yes, he has a PhD in Mechanical Engineering, teaches Sustainable Products and Services, and consults for Chevrolet, but who is the man behind that dashing smile, the stylish glasses, and European tweed jacket? Here’s a quick profile of one of PGS’s professors of innovation.

As a student at UC Berkeley in the 1960’s, Dariush has some great stories about those protest days, catalyzing mass tear-gassings and campus shutdowns. It is hard to see Dariush fitting the agitator role, as his temperament and intelligence tends to bring people together rather than push them apart. At Presidio, he has a persona closer to that of a conscientious objector. But as he closed in on finishing his PhD, Dariush was so focused on protesting for change, a professor once had to advise him, “Finish your thesis first, then go be an agitator.”

Dariush gets as much out of the ideas and energy from his students as he gives. His smile is contagious and transcends age differences. You can sense the kid in his curiosity. It’s visible in his eyes and the lines on his face. “I’ve always tried to be doing something I don’t yet know,” he explains.

It shows in his background. After finishing his undergrad in petroleum engineering at an American University in Iran — and a quick stop off in London — Dariush left for the States, eventually ending up back in school at UC Berkeley, and pursuing a PhD in Aeronautics.

“It was the ‘hot thing’ at the time,” Dariush says. He was drawn by his curiosities to a new field. Sure enough, he happened to be looking for a new challenge at the same time that the semiconductor industry was taking off, and his curiosity and willingness to learn spanned into a decades long career in trajectory with the rise of Silicon Valley. That career designing technology products led to the publication of a textbook, Innovation, Product Development, and Commercialization, which he teaches forward at PGS.

Learning along the way.

Dariush’s appreciation for learning is mirrored in his philosophy on management and his approach to new opportunity. “Learning as a manager requires trust and curiosity. If you can

build trust with your employees, they will open up and teach you. This is the best way to learn and eliminates the need to use power as a bargaining chip.”

His recommendations on new pursuits? “Make the call. Jump in!” And don’t wait until you know everything, because it will be too late. Learning happens along the way. Dariush is an inspiring guy, and when you listen to him talking you get a real sense that what you are hearing is backed by decades of collective experience, not just one man’s opinions.

You must live to die.

Not too long ago, Dariush had a near-death experience — a heart infection and subsequent surgery that left him in a drug-induced coma for hours. “I was essentially dead during that surgery,” he says. “When I woke up I realized, to my surprise: nothing happened!  It left me wondering what I really should be doing with my life. At t

hat moment I felt how important it was to be living in the present. It changed my priorities.”

That sentiment was echoed in a story Dariush tells about taking his son to the office one day. He had been working intensely on a project for months, and was excited to show his son what all the hard work had led to: a company-issued trophy. His son’s response summed it up, “Is that all?”

“I’ve learned more from my son than I ever taught him,” Dariush says smiling, gleefully explaining his son’s academic pursuit of a liberal arts degree. “I found a passion for literature that I never had the opportunity to pursue in my studies. It wasn’t until my son’s interest re-sparked my curiosity that I began to pursue the arts and new interests again.”

Lucky for us, that feeling manifested into Dariush pursuing a teaching role and finding a home at Presidio.