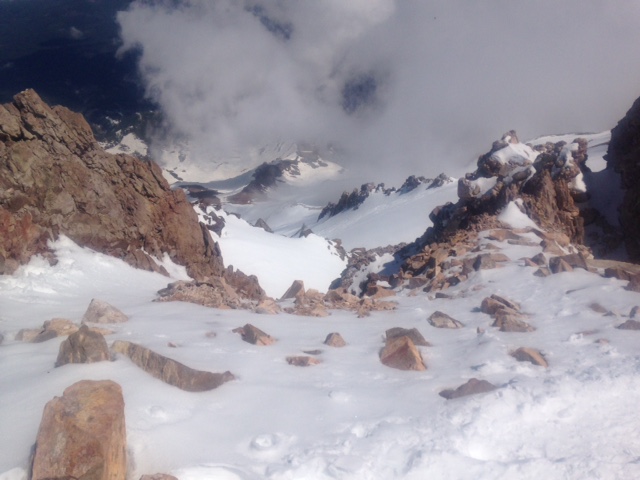 I was on the night train to Vancouver when I awoke somewhere—probably northern California but I couldn’t say for sure. There were no signs or cities or other manmade artifacts to give clue to my whereabouts, just railroad ties along some high alpine plain. The sun had just come up and was reflecting off the Amtrak window in such a way as to both (un)gracefully wake me and turn everything outside a burnt orange and toffee-colored strange. Everything but one thing: a huge, snow-choked mountain crowned with vermillion cliffs and arêtes like watchtowers. I was stunned. I had just moved to the Bay Area and, at 22, I had one of those deeply profound thoughts; whoa, California is like, the shit.

I had never seen a mountain rise from its surroundings like that and I was immediately filled with a Whitman sense of wonder and urgency. I had to see it, to be swept up by it; and I endeavored that someday I had to climb it. “Pioneers O Pioneers!” While that might sound grandiose or cheeseball or both, I was apparently not alone in that awe-full feeling. I later learned that that mountain was Mount Shasta—the second most southern Cascade and a sacred place for native tribes like the Karuk, Klamath and the Ajumawi, who include the mountain in their creation stories and believe it’s where the deceased ascend into the sky. It has also been the subject of numerous poems, essays, and songs about the harsh allure of the West. John Muir purportedly survived an overnight snowstorm by lying down on one of its sulphur springs near the summit while Teddy Roosevelt once said, “I consider the evening twilight on Mt. Shasta one of the grandest sights I have ever witnessed.” Form and function with Shasta as its glaciers also form the headwaters of the Sacramento—the River Nile to our country’s breadbasket. That first sighting was almost five years ago but it stays with me as if it were Prom Night. 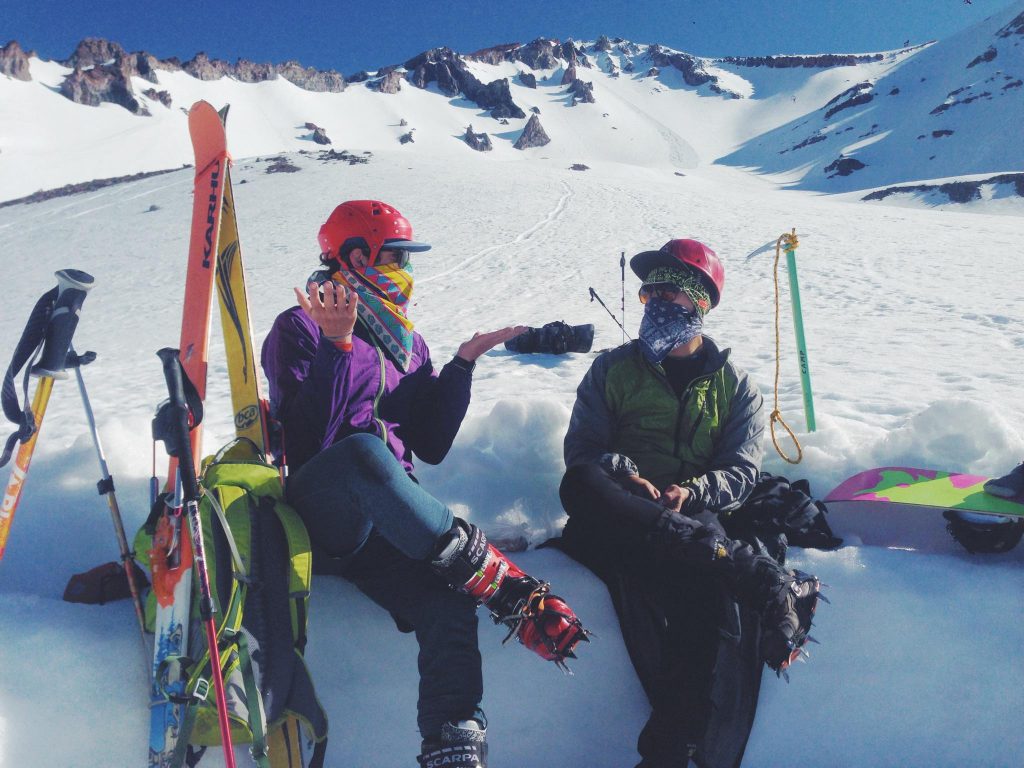 Flash forward to the present. I have just completed my first year at PGS as an MBA candidate, an experience that has so far been packed full of challenge, friendship, and meaning. Exams are done, surveys have been filled out, hugs and handshakes have been exchanged and valuable internships, fellowships, and all sorts of other ships are to follow. But first, one more piece of educational enrichment is needed: a visit to Mount Shasta. 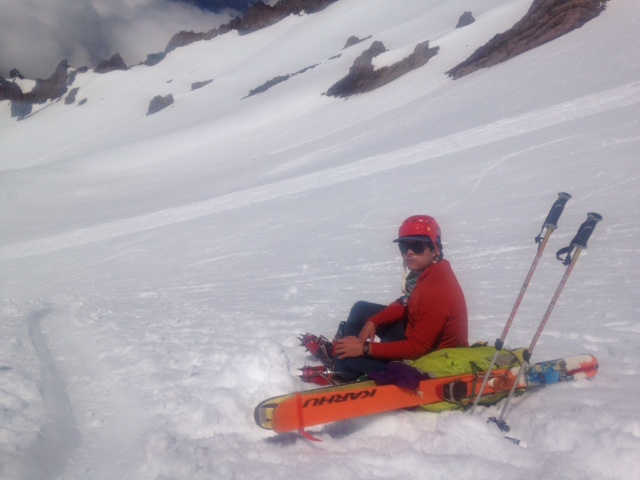 Here at PGS, we all enter knowing what’s sacred. We go to this school not for the promise of higher compensation (though that’s certainly a consideration, too) but for the skills and tools that enable us to better protect what we hold dear. A higher calling, maybe. As President Shutkin pointedly said, “The decision to choose PGS is a moral one, because our graduates know they’re doing the right thing.” True, for the most part. True, in the sense that most of us probably think we’re doing the ‘right thing.’ But to know is a different matter. I would say to know is to love and to constantly try and affirm that love. And many nature writers have said to really love a place, one must forge an intimate, bodily relationship with it. Whether or not this involves hiking 7,000 vertical feet to forge that relationship doesn’t matter, so long as you can take the time to be with your physical environment, to contemplate and remember what you love and why you do what you do. This is so necessary as aspiring sustainability leaders and as humans, because we tend to protect what we love. I had the great fortune to take this photo on top of Mount Shasta with a fellow Presidian and earth-lover, Gabriel Krenza (C19), and it’s with a renewed sense of vigor and grinding purpose we both charge ahead with our respective work.

My advice to you all, if I can be so bold, is, get outside this summer. Experience wildness. Remember why we spend so much time in front of screens and in the classroom. And remember what Edward Abbey said, “It’s not enough to fight for the land; it’s even more important to enjoy it.” 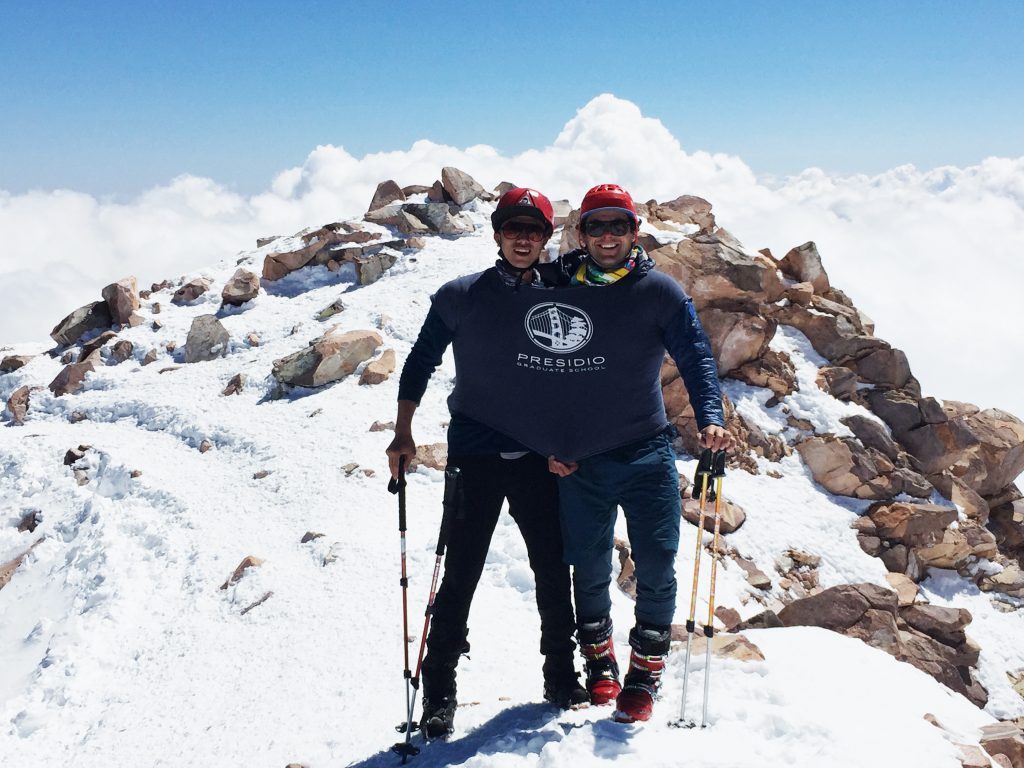