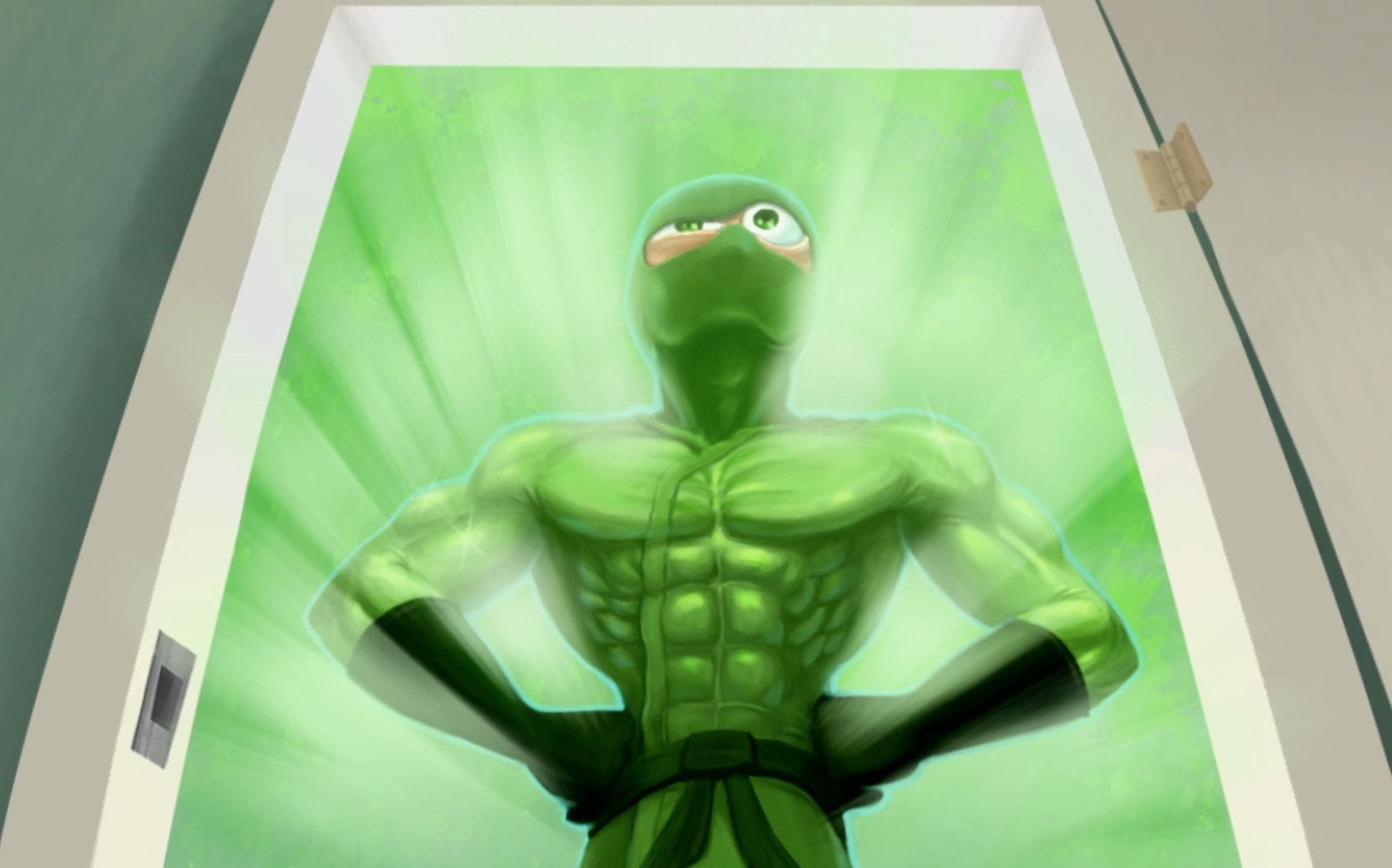 On May 23, more than 300 people representing climate scientists, astronauts, technologists and venture capitalists convened for the annual Sustainable Silicon Valley WEST Summit, and one thing dominated their conversations.

WEST, which brings together leaders from many sectors to understand barriers and exchange insights towards a more sustainable future, took place shortly after scientists reported the level of carbon dioxide in the atmosphere has reached 400 parts per million (ppm).

The last time concentrations were as high as 400 ppm was between 3 and 5 million years ago when the world was much warmer.

“Everyone was coming together to talk about what can we really do to help make sure our kids inherit a livable planet,” says Noblitt. “It’s an emergency.”

Noblitt was attending WEST to present one of the myriad solutions needed to create a sustainable future, Green Ninja.

Green Ninja is a climate action superhero, who in entertaining three- to five-minute skits teaches children how to fight climate change.

Green Ninja was invited to present at WEST as one of 10 game-changing, scalable, multiple-benefits solutions that address issues threatening planetary sustainability.

While being chosen from hundreds of applicants was notable in itself, a panel of judges named Green Ninja an Outstanding Category Solution in the Humans Systems category and runner-up winner.

“Of course we’re thrilled to be chosen,” says Noblitt, adding Green Ninja is an educational nonprofit program, which makes the recognition even more valuable.

Noblitt says Green Ninja resonates with people because it presents an alternative to many of the disaster warnings about climate change. Climate change presented as an unstoppable catastrophe can be depressing and result in people tuning out.

“The cartoons work at both levels, a five-year-old can enjoy it, and there is something there for adults too.”

Adding to this, Noblitt says the timing is right. People are becoming more aware that climate change is real and happening. Children will bear the brunt of these changes and need help. They need a superhero to inspire them into action.

Green Ninja was created through a collaboration of climate scientists, filmmakers, and educators at San Jose State University.

The group is reaching children where they live – on social media sites, and especially YouTube with one Green Ninja videos having more than 500,000 views.

Noblitt says the organization’s goal is for Green Ninja to become a successful education campaign that helps people understand how to preserve the planet.

Buoyed by the recognition from WEST, Green Ninja’s next step is to begin filming the Green Ninja show, a 16-week variety program featuring a collection of short films, cartoons, skits, interviews, and experiments around the field of climate science and solutions.