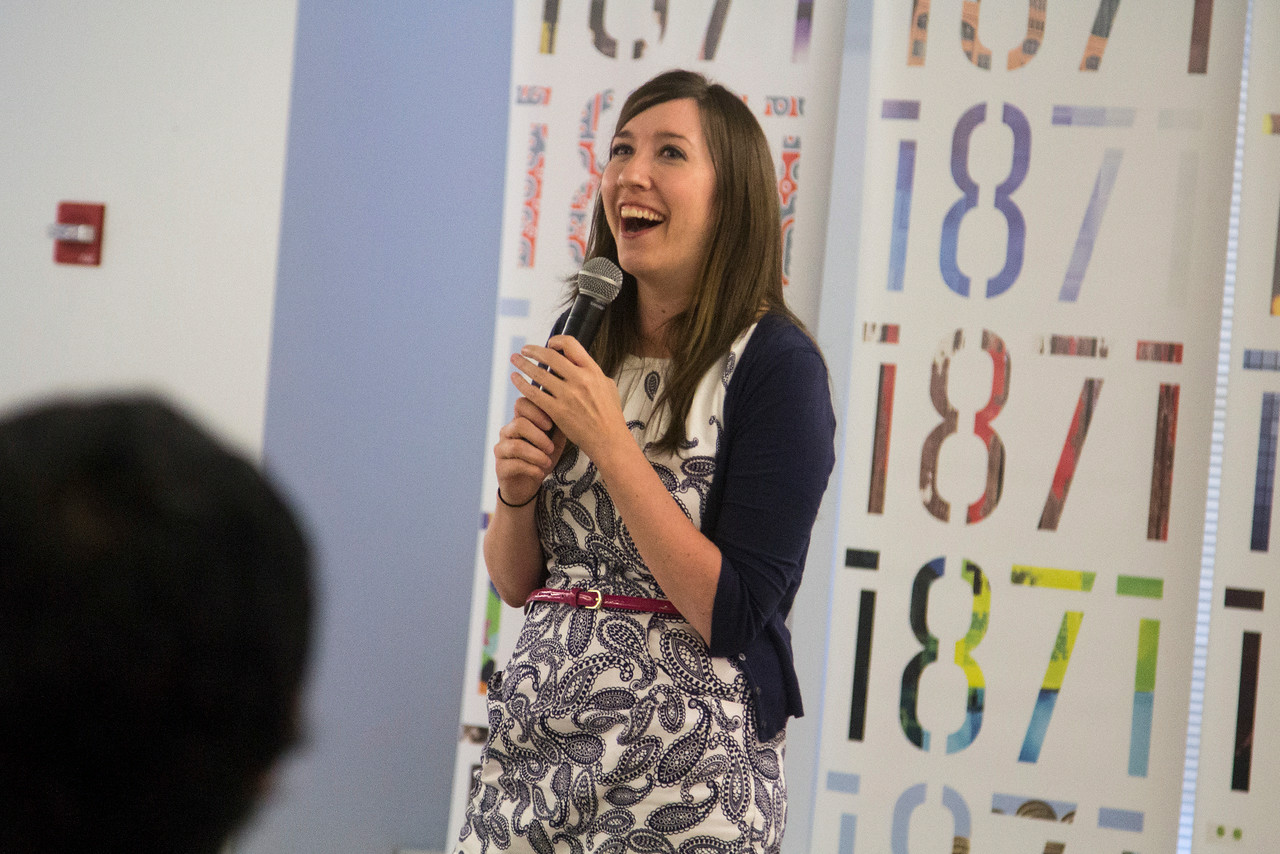 No Good Idea Should Stand Alone

It’s this bit of sympathetic kindness that led Kate to a life-changing conversation and, eventually, her current position as the head of design, tech, and hardware at Indiegogo, a San Francisco-based leader in the crowdfunding industry.

Back in the fall of 2008, Kate was wandering an Idealist Graduate School Fair in Chicago when she saw a woman standing by herself at a booth. Acting upon her impulse for Midwestern niceness, Kate struck up a conversation with the woman. Seena Berg, then the director of admissions for Presidio Graduate School, introduced Kate to the PGS degree programs and its hybrid online-residency structure.

For Kate, who was looking to make a transition from her steady job at a law firm, PGS was a revelation.

“I was like, ‘Wait, what? You’re telling me I can stay in Chicago but go to one of the most beautiful places on Earth once a month and learn about sustainability and then bring those lessons back to my community?’” Kate recalls. “This is the most amazing thing I’d ever heard of in my life!”

One week later, Kate applied to PGS. And in the fall of 2009, she enrolled in the MBA program and found herself surrounded by peers who were “all kinds of crazy, amazing, smart, talented, passionate, driven, kind, and thoughtful.” She encountered people who were living the life they wanted—and creating the world they wanted.

“When I was in Chicago my life was just so boring, and I chose it to be boring,” Kate reflects. “I had a 40-hour-a-week job, and it was pretty predictable, and I didn’t take a lot of risks. I thought that that’s what life was. And then I went to Presidio and just met all of these people who were incredible and had all of these incredible experiences.”

Kate has always shown an enterprising spark (even as a junior-level assistant at the Chicago law firm, she took the initiative to mastermind and launch a recycling program for the office). But it was PGS—and the vibrant San Francisco social entrepreneurship community—that unlocked her innate potential for creating and inspiring positive change.

Alongside her dynamic classmates at PGS, Kate started the bike club, co-founded PresidioSpace (a physical “student union” space for Presidians to network and collaborate), and helped launch Quickfire by Design—a consultancy that facilitates sustainability and strategy solutions.

And, for her capstone project, Kate teamed with Jenn Coyle (C11), Lindsey Herrema (C11), Jake Blackshear (C11), and Heath Cox (C11) to found The Can Van—an environmentally-friendly mobile canning line to serve the 100 breweries found within a two-hour radius of San Francisco and beyond. As an efficient way for small breweries to work around the prohibitively high costs of running their own canning lines, the Can Van has filled more than 1.5 million cans for companies such as Anchor Brewing and Headlands Brewing Company.

The Can Van also introduced Kate to the world of crowdfunding. Even though the Can Van’s Indiegogo campaign fell short of its goal, she says the platform gave them invaluable exposure to potential supporters—and led them to their primary investor.

“The investor only invested in ‘boozy enterprises founded by women,’ and we fit that very unique niche!” Kate explains with a laugh.

In 2012, however, Kate sought the stability of a full-time job. And, because she had become a passionate evangelist for Indiegogo during its Series A round of venture funding, a director at Indiegogo, Eric Labovitz, encouraged her to apply for an opening there.

A contract-to-hire gig led to a full-time position at Indiegogo, and Kate—in typically creative and “Presidio” fashion—crafted her responsibilities to match her strengths. In January 2013 she was promoted to director of design, tech, and hardware—leading the growth and business development of those verticals.

In the last year, she’s given a TedX talk, spoken in the UK Parliament after Sir David Attenborough, sat on a panel with Shaquille O’Neal at SXSW, established a Chicago branch office for Indiegogo, and guided a 1,000% growth in the technology category at Indiegogo. But Kate says she’s most proud of the role her team plays in shaping the nascent crowdfunding industry, which grew from $1.5 billion in 2011 to $5 billion in 2013.

“For us we’re all about democratizing access to capital,” she explains. “There shouldn’t be gatekeepers to great ideas coming off the ground; if somebody has a great idea and has an audience that cares—those should be the things that propels somebody to success.”

Citing the success of Indiegogo campaigns for Solar Roadways, the Breathometer, the Go Key, and URB-E, Kate says crowdfunding empowers ordinary folks and entire communities to make their visions a reality.

“I consider myself to be a VC of the people,” she says.

Ever the tireless catalyst, Kate helps connect those people with the tools, partnerships, and funds they need to start something amazing. In other words, she works to make sure no brave soul with a bright idea ever has to stand alone.