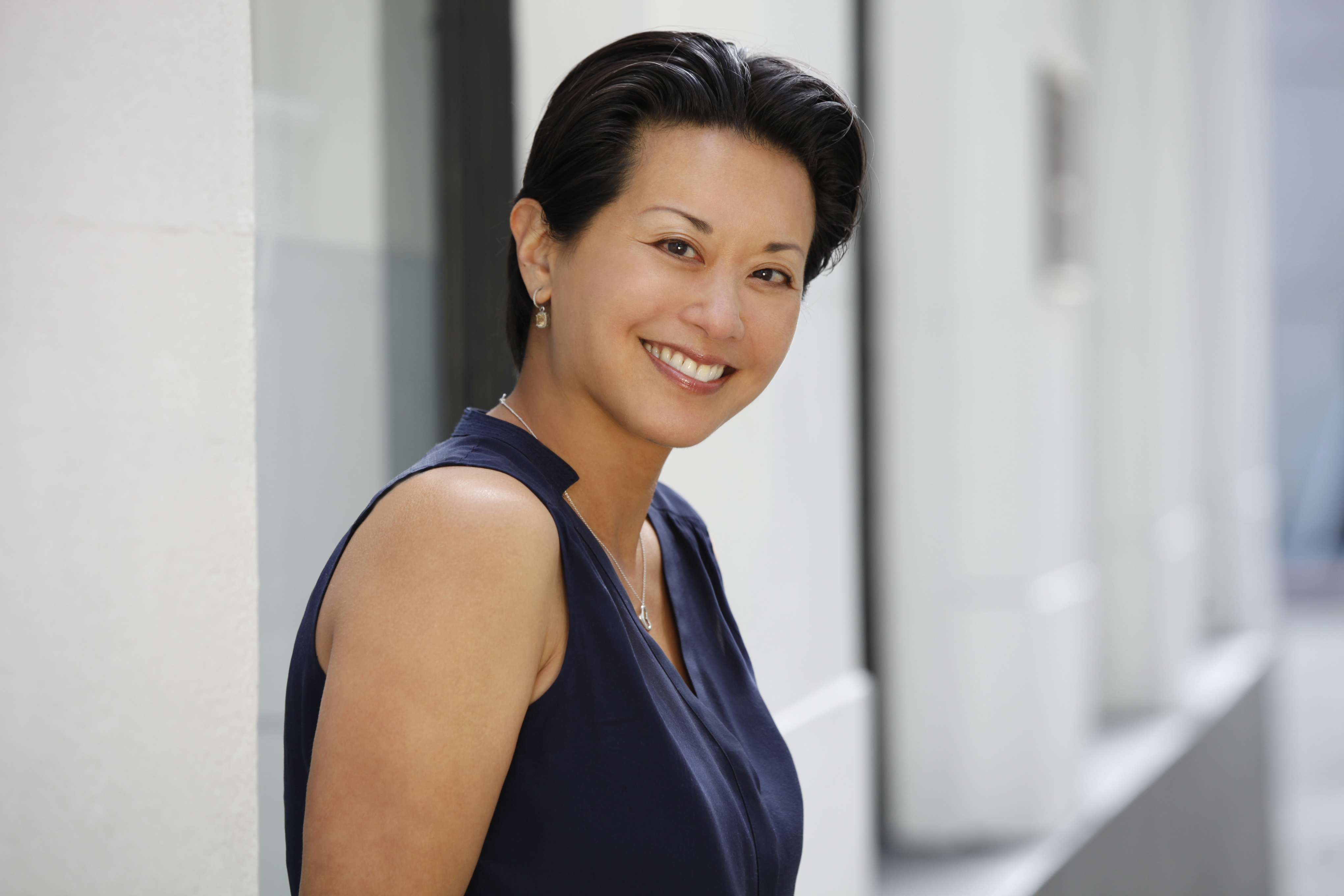 Interview with Julia Sze: Follow the Money: How impact investing is redefining value

An Interview with Julia Sze

The phrase, “follow the money” is one of the most familiar clichés of the business world. It is a phrase often loaded with skepticism, the thought process hinting, ‘if I just follow the dollar I can uncover the true motives of why the money is spent and then more easily find more.’

But what if we could follow the money somewhere else…somewhere far away from the speculation, insider trading and big spending of a Wall Street that drove the financial crisis, and instead turn down a different road? A street down which our market spending motives were driven by economic returns and positive social and environmental outcomes. What would we find down that road? Is it possible to manage a portfolio that integrates Environmental Social Governance (ESG) values and still matches industry standard return requirements? Can we manage our personal and organizational assets in a way that gives back to the community, returning benefit with every dollar invested?

In the field of impact investing the answer to these questions is a resonating and data backed “YES!” Investing with values is not an imaginary or idealistic road to profit, it is in fact a maturing and devoted industry at both national and international levels – it turns out we really can make money and, “do well by doing good.”

I had the wonderful opportunity to interview one of Presidio Graduate School’s 2015 Experts in Residence, Julia Sze, about her long and productive career, which started in the traditional financial investment world, but later shifted towards impact investing at the height of the financial crisis.

SAM: How long have you been in the Impact Investing space and how did you first hear about Presidio Graduate School?

JULIA:
I have been in the investment management stage for a little over 25 years. I started in the traditional investing world managing Asian emerging markets, equities long only and then long short, and then I went into the wealth management business in the early 2000’s, managed money for large family foundation endowments.
I got into the Impact Investing Industry right around the financial crisis in ’08/ ’09 and felt like there needed to be a lot more meaning in the work and I discovered micro-finance and some of the really, really interesting and innovative work that people were doing in the field…
I built a relatively small portfolio, about $20 to $30 million dollars for one of my clients, it kept some traction and became $50 million dollars. At the end of 2011, I joined a start up specialized impact investment manager called Sonen Capital based in San Francisco and we ended up hiring a couple of interns from the Presidio Graduate School through the Jesse Fink scholarship program we had. One of them, Josh Newman, we actually hired on as a full time employee, he has become a critical part of the investment piece.
So, that’s how I first got to know Presidio and since then, I’ve gotten involved as an Expert in Residence.  I’m also part of this new inaugural Ray C. Anderson circle and I’ve spent a lot of time with the Presidio students over the past few weeks,  I’ve really enjoyed it.

SAM: You came from more of a traditional background with investing.  What first tipped you off to the Impact Investing world and sparked your passion?

JULIA:
I ended up picking up and flying to Hong Kong in the early nineties when China was just opening its markets to foreign investors. So, it was very, very new…It was considered extremely risky, there was a lot of regulatory risks, but I just – I fell in love with it, I love that work.
There was misinformation, there was a lot of opportunity to add value, and that was how I started my career for the first 10 or 15 years, managing money in the Asian equity market.  I see a lot of similar patterns for impact investing, that is to say, it’s new, there are a lot of unknowns, there are a lot of disagreements about how terms should be used, how impact should be measured, so people are hesitant about getting into this space.  I think part of what attracted me is the idea of a new area with less information, less players, less competition.  I always think there’s a really interesting competitive advantage to get into a new space like that.  Also, the work that I originally wanted to do is around economic justice and trying to find opportunities for less developed countries so I feel like impact investing brings me back to my original interest.

SAM:   At Presidio we talk a lot about values such as, the social impact and the environmental impact, not traditionally reflected on income and balance statements. When I talk to people in this space they often have different philosophies about the core beliefs they bring into the numbers. What core values resonate with you?

JULIA:
You know, it’s interesting because at Sonen Capital that was one of our biggest challenges.  Trying to figure out how we would evaluate impact, because we were trying to build financially competitive products and wanted to make sure that people who invested with us weren’t sacrificing on the financial parameters. So, our first standard was, it has to be financially rigorous and compelling, and then it also has to be socially and or environmentally credible.
We struggled quite a bit with how to do that and then, more importantly, how to report it to our client. We started with a lot of quantitative metrics and tried to measure all the things that we considered to be impactful, measurable and comparable.  What we found, was that while clients were interested, they really wanted some of the more qualitative assessments; the outcome, the stories, a lot of that color around it, and so, we ended up using both of those measures in order to report it to clients.

SAM: So, what kind of clients were these, or who is asking those questions?

JULIA:
Up until now the bulk of the clients are family offices, family foundations and high net worth individuals and typically, to be honest, those are led by women, women and millennials.  Those have been the ones that have most passionate interests in trying to align their mission and values with their capital, with their investment portfolios.

SAM: Did you seek them out or did they find you in these situations?

JULIA:
I think they are probably the early movers in the impact investing space, the low hanging fruit.  They are people who already wanted to have this rigor and so they had been seeking solutions, whether it was in their investment portfolio or their own business.
In both of those instances where people who came looking for us, they had spoken to traditional money managers, some other specialist in the field or wealth advisors who had built their small practice, but they ended up engaging Sonen Capital because they really wanted dedicated impact investing.  I think they also wanted to support the development of the field and so by hiring a new start up company, part of their motivation, was that they wanted to support the business.

SAM: A change of questioning here:  I think we’re still in a transition phase right now and the work for green business and social innovation often requires us as change agents to speak to, the language of the business practices that got us here. Because you’ve been in both worlds, I’m curious what you think some of those tried and true principles are from the traditional MBA or the neo-classical strategy that has a lot of play in the sustainability space.

JULIA:
I’m meeting with a few of your fellow Presidians who are really interested in the impact investing space and specifically in investment management. What I said to them is that most people in the impacting investing space at the moment have come from a traditional background, managed traditional portfolios, and evolved their personal interest in sustainability, justice or anything along those lines, and built it out as an almost secondary area of expertise.
What cannot be sacrificed, I think, is the discipline and analytical rigor behind the analysis. If anything it’s more challenging for you, because you have to have not only the financial background, the accounting, all the stuff that traditional investment or business people have, but you also this additional third dimension about how you think about investments, businesses, or your business client and model.
So, it’s more challenging, but therein lies the opportunities.  I think your generation is the one with the sustainability credibility that will outpace and outshine traditional business students who are coming in with that very old model, particularly in investment banking where there’s been real systemic change. I think that’s a terrible business to get into, I think a lot of it is broken and I feel like twenty years from now when we look back it will have been the most obvious decision when going to a place like Presidio.