Loretta Ross on Calling in the Calling Out Culture

Presidio Graduate School recently had the honor of hosting an open conversation with Professor Loretta Ross on the issue of “call out” culture and the alternative practice of “call in” culture. Loretta (who joked that she prefers to be called Loretta by anyone over the age of 12), is one of the premier faculty for Presidio’s online Master of Public Administration degree program. I was honored to host the event, which began with an introduction from Presidio alum Andrea Prebys-Williams, also an inaugural professor for our online MPA.

Andrea began the event by sharing some of the inspiring highlights of Loretta’s impressive life and work. With more than 50 years of experience in social justice activism, beginning as a student at Howard University, Loretta has:

What is call out culture? Loretta defines it as “publicly criticizing people for what you think they believe, or what you think they’ve said, or how they behave. The emphasis is on public shame.” As mentioned, call out culture has been misused to tear down those who could be allies in the work for human rights, but it does have its place and time. Loretta observed that calling out can be effective in certain circumstances, after consideration, in which people in power may be abusing those over whom they hold power, and they are also less accessible, therefore creating space to call others out for accountability.

Before moving to the definition and use of calling in, Loretta described a somewhat neutral practice of “calling on.” To call on someone is to create a moment that does not require the same time or energy as a call in, but does not criticize in the way of a call out. A call in is done through a simple open-ended phrase of disagreement that offers the listener a chance for self-reflection and accountability. Loretta’s favorite example of calling on is when she hears someone say something she believes should be held to accountability—which could range from simple bad phrasing to ignorance—and presents an opportunity to learn; she will turn and look directly at the speaker and say, “I beg your pardon?” This simple phrase can open the door for the original speaker to reflect on what it is that is being challenged, without being directly challenged. This gesture can also clear the path for a call in.

What is calling in? Loretta defines calling in as “seeking accountability from others with love and respect instead of anger and punishment.” This is a learned practice and can be accomplished using various techniques. Calling in is done with love, recognizing that we’re all human beings on a fragile planet and that we are all at times acting from our pain or ignorance. Loretta highlights how people’s belief systems begin somewhere, and often as a survival strategy to overcome pain. Sometimes the most effective beginning to a call in is to say “tell me more.” We can practice active listening while also exploring, by asking thoughtful questions: “How did you come to believe this? Where does this come from?”

Calling in begins with self-assessment. We must decide if we’re in a sufficiently healed space to offer grace and forgiveness. If in a wounded space, it’s okay to not take on the act of calling in and instead focus on personal healing. We must begin our calling in from a place of self-forgiveness, because it is from this self-forgiveness that we learn to extend healing forgiveness to others. Calling in also requires giving people the benefit of the doubt that they’re not racist, sexist, or transphobic at their core. Calling in is not a magical power, and we cannot assume that anything will magically happen by engaging in this practice. We are only in control of our own offer of grace and forgiveness—we cannot control whether the other party accepts our offer, and we cannot take their refusal personally. Rather, we should feel good that we made the offer to begin with.

Loretta was recently tenured at Smith College, which sadly means she will no longer be teaching at Presidio Graduate School. However, anyone can sign up for her $5-$20 online courses to learn more about calling in. In these classes, Loretta presents a variety of techniques to call in people as well as methods to overcome fears about calling in others.

Want to learn from other distinguished leaders and activists like Loretta Ross and Andrea Prebys-Williams? Explore our Master of Public Administration, Master of Business Administration, Dual MBA/MPA Degree program, and Certificates, and get in touch to start a conversation. 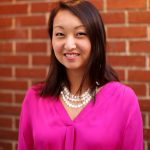 About the Author / Rachel Loud

Rachel is the Associate Director of Development and Alumni Affairs. She has a degree in biology and environmental science from Olivet College and worked in the environmental education field for eight years, most of which were spent at NatureBridge. She then made the surprising transition to their development team, holding a number of roles in her seven years there. Rachel's passions include the ocean, animal conservation, and volunteering. She volunteers weekly at The Marine Mammal Center and has also volunteered in Palau doing coral reef conservation with local communities. She loves snorkeling/diving, traveling, jigsaw puzzles, and her bunny Mochi.