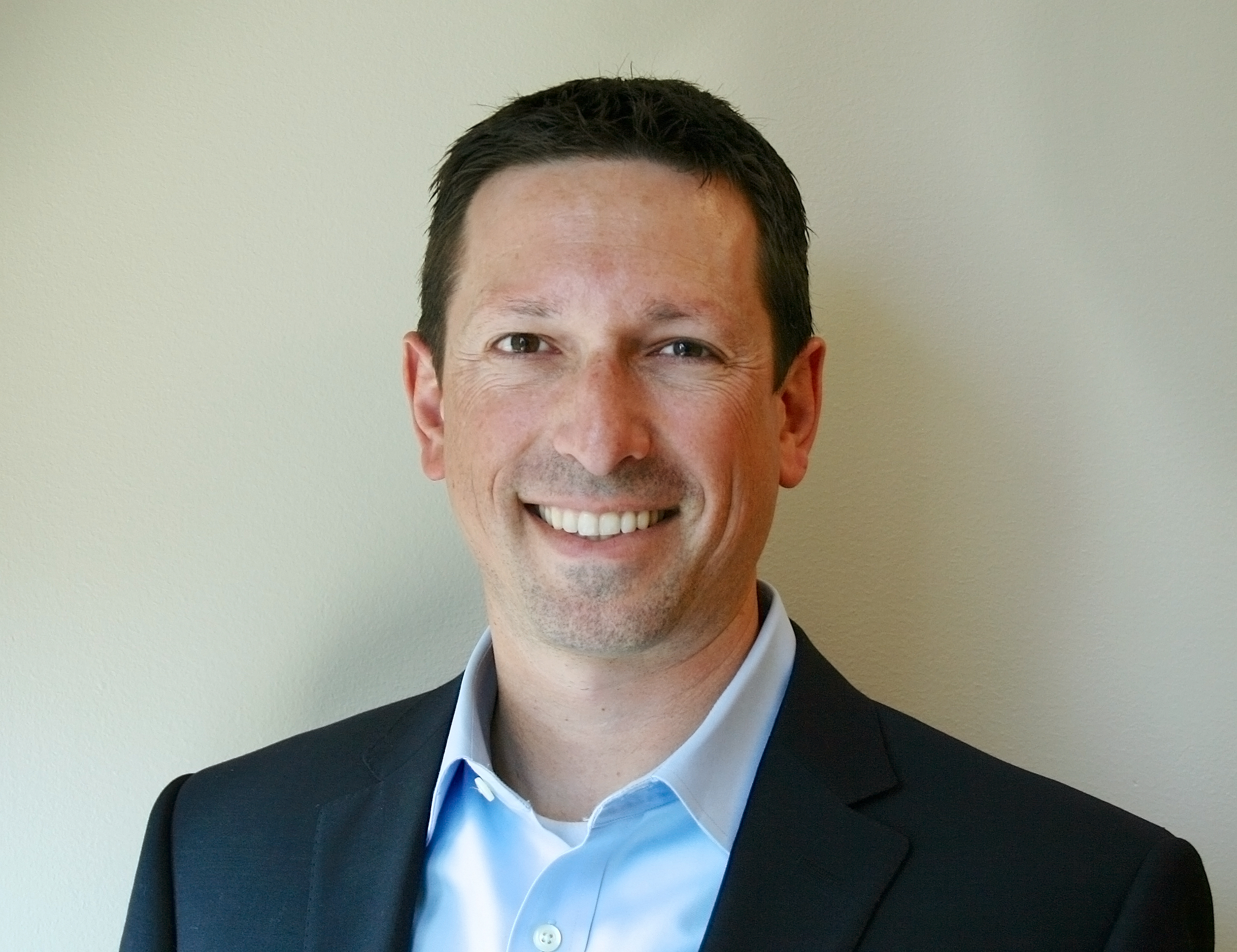 The backyard of Adam Feldman (C10) is a food system in miniature. Seven chickens at his home high in the Oakland hills produce fresh eggs for his family. A worm box and food scraps provide feed for the chickens. What they don’t eat ends up as compost for the Feldman family’s vegetable garden.

“This teaches our kids that you don’t have to live in a disposable world. We also try to be energy conscious in our house and our travels and our purchasing decisions,” Adam said. “For my family, it’s not what you have, it’s what you do.”

Adam decided a few years back that he wanted to apply that philosophy to his professional life as well as his home life.

For many years, he worked in real estate finance. He’d entered the field soon after earning a bachelor’s degree in business economics at UCLA, spurning the investment banking and accounting careers that attracted many of his classmates. Then, after six years overseeing acquisitions and development for Bedford Property Investors and another six with a real-estate hedge fund, Adam realized he wanted to do something else.

“I wanted a change in my career path, because I wanted my worlds to match better,” said Adam, who today is a director at GSSG Solar, LLC, a company formed in January 2013 to provide financing and development expertise for solar technology projects worldwide. “I saw an MBA as a good way to pivot my career in a direction that matched my ethos.”

Finding a New Career Path
Adam’s decision led him to Presidio Graduate School in 2009. He wanted to distinguish himself among MBA graduates and also to demonstrate his commitment to work that benefits society.

“I thought an MBA in sustainability would make that case to future employers and partners. This would not just be an MBA, but something unique—and not just a unique MBA, but also one that matched me,” said Adam.

At the time, Adam knew he was interested in environmentally responsible energy, but he hadn’t yet determined how he might contribute to this field.

“My desire to move into solar evolved over time. I wanted my MBA experience to be complete, so I left the door open to be intrigued by my exploration of other options,” he explained.

Former faculty member John Katovich believes Adam had the capacity to take his career in a variety of directions. The two men were acquaintances before Adam became a student in John’s Capital Markets course.

“He has a very strong and deep background in aspects of financial services, so much so that I asked him to present in class and come back for future classes,” John said. “He’s a smart guy and has great insights.”

Meanwhile, Adam was expanding his business knowledge. Through the MBA program, he gained what Katovich describes as “a more fully nuanced understanding of what it means to operate in the world of business while being mindful of taking care of the planet and future generations.”

“It had become more and more apparent that to meet all my personal and professional goals, including the ability to support my family comfortably, I needed to capitalize on my prior experience in real estate and finance,” he said. “Solar and real estate have tremendous similarities, including land-use issues and long-term cash flows.”

Adam had also developed a passion for solar energy. He wrote several papers on the subject for his classes. Then he came up with the idea for a Capstone project that he would then turn into the Amada Group, a fund management company investing in renewable energy and energy efficiency ventures. Property Assessed Clean Energy (PACE) programs available in an increasing number of states would allow the Amada Group to use funds from private investors to put together portfolios of municipal bonds. Investors would gain secure, above-market returns, and municipalities would be able to cover the up-front costs of solar panels and other energy efficiency improvements.

“The idea speaks to Adam’s ability to see innovation and come up with a vision,” said Aileen Sweeney (C9), one of his Capstone team members.

Ryan Cabinte (C7), who is now the MPA program chair at Presidio Graduate School and faculty director of the PresidioPRO Center for Professional Development, also worked with Adam on the project.

“Even when we were working on our Capstone project, it was an incorporated entity in Delaware,” said Ryan. “Adam was our driving force and had the deal-making skills. Adam is persistent without being aggressive, and that’s fueled his success since Presidio. He’s very smart but very human. He’s also incredibly creative.”

Adam’s creativity and resilience were called upon when the Federal Housing and Finance Authority (FHFA) ruled in 2010 that counties with PACE programs could no longer access FHFA funds. In practice, Adam says, this would prevent counties with PACE programs from building any new housing. His talks with Sonoma County and the idea driving the Amada Group were no longer viable.

“That moment was really challenging, especially for him. It’s a struggle to deal with a changing environment, and there was a question of how mission-driven the company would be in a different environment,” Aileen recalled. “I was impressed by how Adam handled the setback. He engaged all of us in considering the next steps.”

Despite the new obstacle, Adam was still committed to working in solar energy finance, and the effort to build the Amada Group had prepared him to make the case for solar projects with investors. He soon became a manager in the Global Special Situations Group at SunEdison, the industry’s leading solar services company.

“He was in the most entrepreneurial part of the company, which really fit him,” Ryan said.

As part of a group focused on developing new and innovative solutions to finance solar energy initiatives, Adam was involved in creating the first prepayment financing structure for a utility-scale solar project. The result was a 35-megawatt solar energy system in Texas that saved more than $30 million for utility customers and brought new jobs to the area.

“The cost of solar keeps going down. It’s going to be one of the cheapest sources of energy in 10 years, and the fact that it’s clean energy makes it even better,” Adam said.

After a year at SunEdison, Adam left to help launch GSSG Solar last January. He’s now one of six equity holders in the privately held company with offices in San Francisco and Denver, and he has input into all of its projects.

“Our role is to appropriately match investment capital with projects. The incentives for investors are mainly tax-oriented, so you need the right source of capital, not just a revenue stream. Only certain parties can benefit from what’s offered,” Adam explained. “We partner with companies and advise companies, so we’re very deal-focused. Because I have a real estate background, I often get involved with the site-control aspects of the deals.”

Adam and his colleagues focus on creating a portfolio of commercial and utility-grade solar projects ranging in size from 250 kilowatts—approximately of a size that would fit on top of an average Walmart—to 2 megawatts. To put the size of the projects into perspective, Adam notes that only 5 kilowatts would be needed to provide solar energy for his house.
“We believe scale drives success,” said Adam. “We’re out to make a difference, and that means big.”

Adam’s personal mission is to prove it’s possible to not only create a cleaner environment, but also make large sums of money by investing in solar energy. He acknowledges that solar projects currently provide smaller returns than those relying on conventional energy sources. By driving more people to solar energy and working with impact investors to help them compete with banks and other traditional investors, he believes that can change.

Business practices at GSSG Solar support this belief. The company partners with investors and developers rather than acting as a broker. GSSG Solar also shows its commitment to solar energy in another way: GSSG Solar is paid only if a project performs better than it would have without the company’s involvement.

That’s fine with Adam, who sees a long future for himself with the company.

“I’m incredibly lucky to be working with a group of smart, driven people,” he said. For me, it’s not about what I’m going to do, but what we’re going to do. I’m excited to see where GSSG Solar goes.”