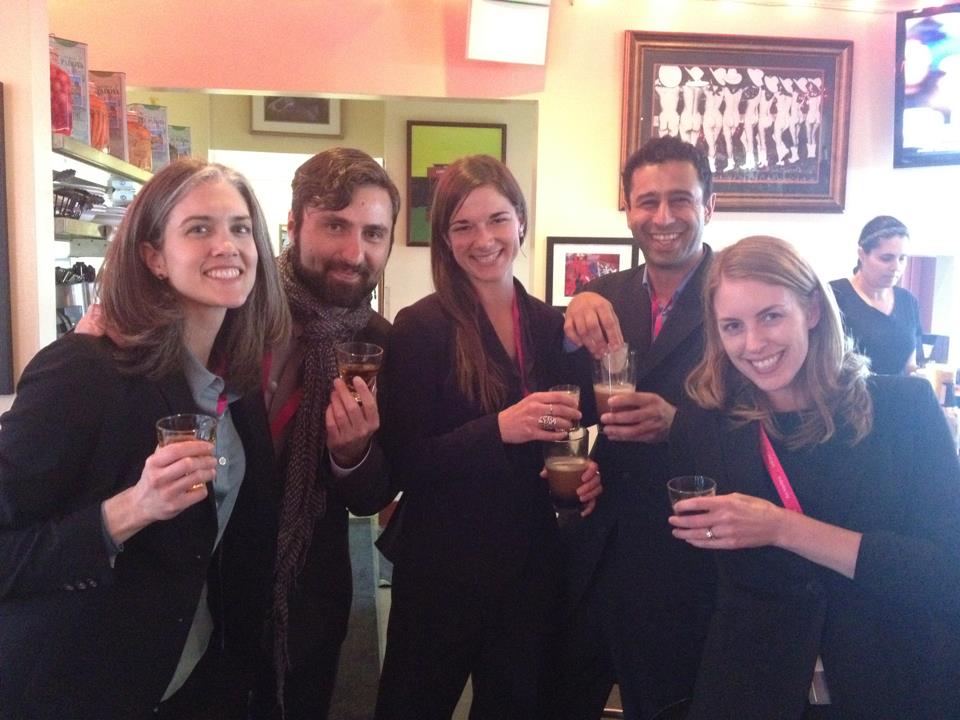 Our team (made up of Presidio MBA candidates Sarah Cabell, Mara Slade, Megan McDonald, David Stripling and Shaun Webb) walked into the Friday afternoon registration and information session a little nervous. Not because we were overwhelmed by the craziness of it all or the diversity of people and schools from all over the world. This wasn’t our first rodeo. Most of our team were here the past year and already gone through the whole process. Last year we were bright eyed and bushy tailed and rode the wave of innocence all the way to victory, capturing the San Francisco title and earning a trip to New York to present in front of former President Bill Clinton, Muhammad Yunus, and others. This year we bolstered our team formidably with the addition of Megan McDonald. A financial wizard with out-of-the-box thinking, Megan balanced us perfectly with her tenacious drive and passion to make our idea profitable.

No, we were nervous because we weren’t “there” yet. Our idea was exciting, innovative, and big, all characteristics that embody Presidio’s creed. However, there were holes we needed to fill. We knew that what might fly as a good presentation and idea for schools like Stanford and UC Berkeley (a little friendly rivalry never hurt anyone) was not good enough for Presidio Graduate School. We had a long night and day ahead of us to bring the pitch up to our standards. 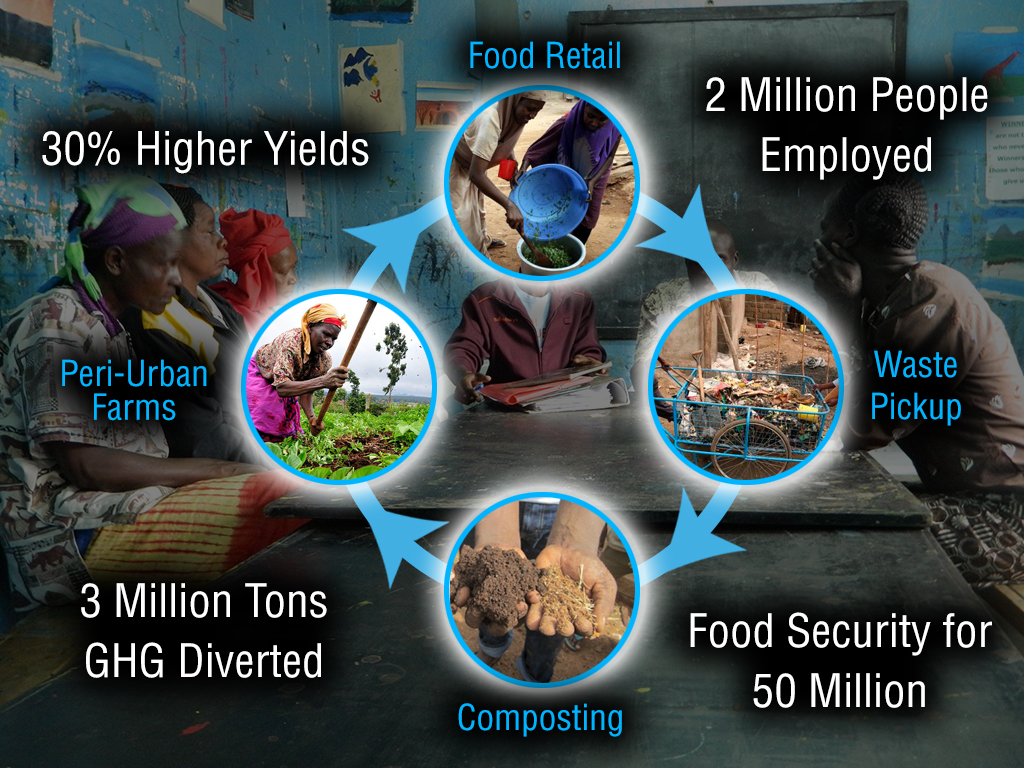 After a late night of practicing and tweaking of our idea, we arrived at the Hult campus at 8:30 a.m. to get to work on perfecting our pitch. We were going on at 3:45 pm so we had time to get it right. Our idea, a closed loop system that empowered and employed slum dwellers, local women, peri-urban and urban farmers, to break the cycle of poverty and provide food sovereignty for themselves and their families was coming together (see attached diagram). The numbers worked (sort of), the idea was big, but actionable and most importantly it was scalable, replicable, and gosh darn it…amazing!

We walked into the room a little nervous but confident. David, Sarah, Megan, and Mara gave it all they could and delivered our pitch with passion and conviction. I stood in the back and controlled the slides with the remote control. it’s better for everyone that I don’t present. I talk too fast and I mumble, but damn I’m good at pressing buttons!

We were asked a couple of tough questions that we answered with mixed reviews. Once our 12 minutes were up, we breathed a sigh of relief and calmed our nerves with drinks at the local watering hole (see attached picture). We were then shuttled into a main tent where we waited for the judges of the various tracks to announce the winners. We heard the first three winners and were impressed with their ideas. They were mainly mobile based and looked to provide food security by latching onto the emerging technologies happening within the slums. Our judge got on stage and thanked all the schools in our track. He then went on to describe the winning teams idea which sounded very much like ours. He said it was elegant, closed a loop wonderfully, and well designed. Our hearts started to beat faster and our palms began to sweat…until he announced that the team flew all the way from England. The University of Warwick’s idea was very similar to ours, but a little more elegant, a little tighter, and a little more appealing to the judges.

In the end the team from Hult San Francisco won the region, but we left with our heads held high and proud of our idea and of each other. We mixed and mingled with teams from all over the world at the after party, sharing ideas and contact information, and then as the night drew to a close, we went our separate ways to go to bed; we had earned a well-deserved sleep.