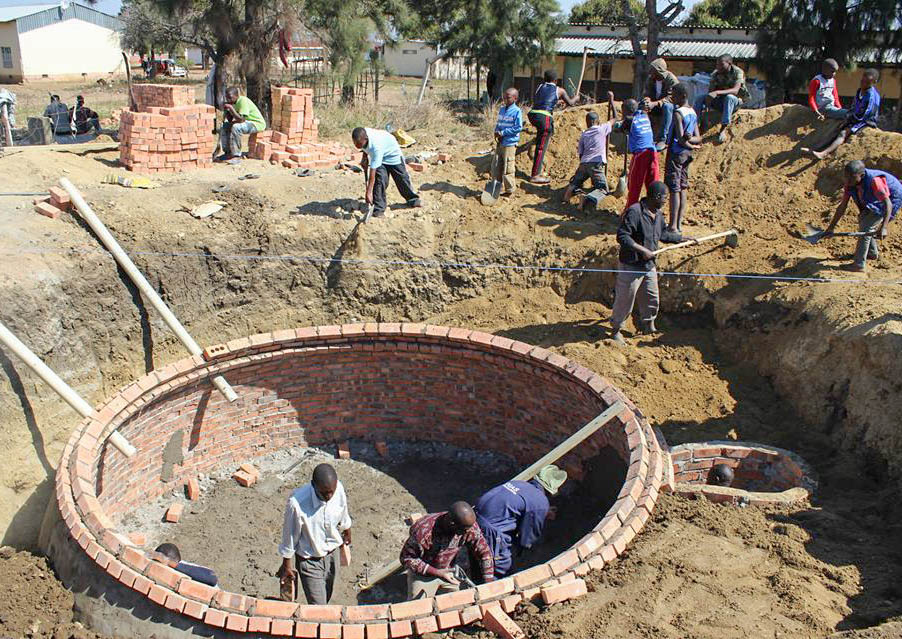 In her grandfather’s hometown of Qarabagh, a farming community flanked by dusty deserts on one side and the Koh-e-Baba mountains of central Afghanistan on the other, Aseya Kakar (C21) met a woman who was suffering from lung cancer caused by the smoke from her cooking fires.

“In our world, where we have so much technology and access to so many resources, why should someone develop lung cancer because of cooking every day?” asks Aseya, the winner of Presidio Graduate School’s fall 2014 Big Idea Prize, which awards a full-ride scholarship to a student with a visionary sustainability proposal.

Aseya’s trip to Qarabagh in 2011 compelled her to choose the town as the proposed site for her big idea: the installation of fixed-dome biogas digesters that transform animal and human waste into fertilizer and natural gas for heating and cooking.

She says she will draw upon her experience implementing the biogas digesters at Mpaka Refugee Camp in Swaziland in August 2013—when she was an undergraduate at Wartburg College (Iowa). In this Clinton Foundation sustainability project, Aseya and two of her classmates worked with refugees to build and maintain the biogas digesters. She drew inspiration from seeing the refugees—displaced by war and unrest across the continent—unite under a shared purpose.

“I wanted to call it a peace project, because it was not just about providing renewable energy, but also about bringing them together,” Aseya explains. “We saw someone from Somalia passing bricks to someone from the north part of Somalia, or from Sudan; they set aside their conflicts and worked together to create a common resource.”

The underground biogas digester, which can provide a 500-person community 8 hours of energy per household per day, is challenging and audacious project. But Aseya, who just graduated from Wartburg in May 2014, says that the MBA/MPA Dual Degree program at PGS can provide the skills, knowledge, and personal connections necessary to bring the concept to scale around the world. Like a true Presidian, where others harbor doubt, Aseya has looked for people to help her on the path of possibility.

“You always need a mentor, whether it’s a friend or a teacher, who will show you what you can do to improve,” Aseya says, noting that it was Professor Scott Fullwiler (who serves on the faculty of both Wartburg and PGS) who encouraged her to apply to PGS and pursue her dream of bringing a cost-effective, renewable energy source to her home country.

With a new president elected and the political situation apparently stabilizing in Afghanistan, Aseya is sanguine about the possibility of working on the ground in Qarabagh. And even if security concerns prevent her from going there herself, she hopes to partner with an NGO to implement her big idea—and grow an even bigger hope.

Aseya says biogas digester technology holds promise to not only promote Afghanistan’s self-sufficiency but also to encourage education among young people in agricultural areas who are currently unable to study at night due to a lack of power for lighting.

“For the past 14 years, we’ve been provided funds and there’s been a ‘spoon-feeding’ of civilians—basically creating a dependence on foreign aid,” Aseya says. “My goal is to not only provide the people with resources but to provide them with technical knowledge, work, and jobs.”

This article was originally published in the Fall 2014 edition of Presidian: