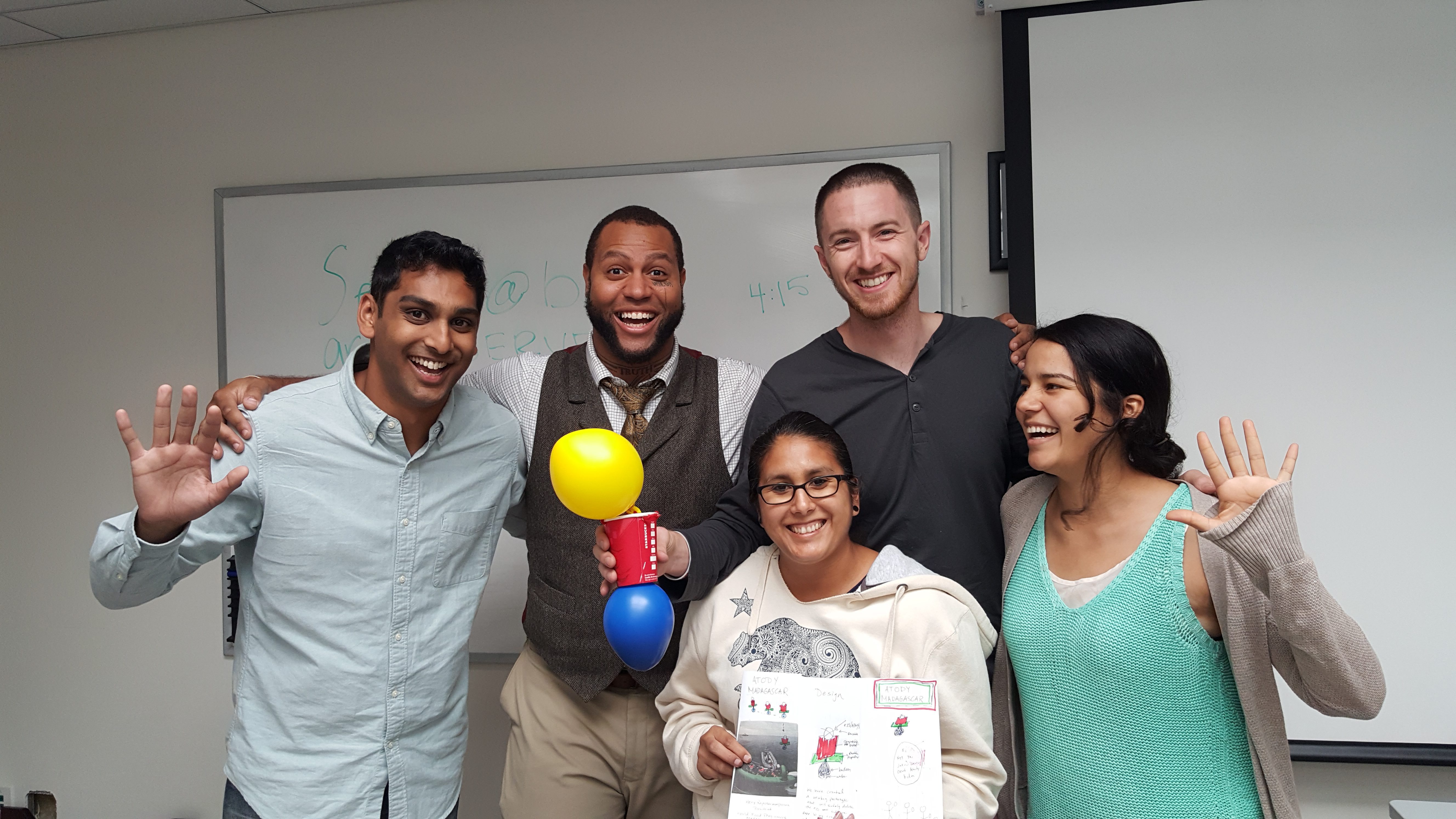 The purpose of the Sustainable Products and Services course is for students to create a business to practice the entrepreneurial process of innovation, development, and commercialization of new products or services. During our second San Francisco residency, Sustainable Products and Services students visited the Tech Shop and participated in a PGS tradition, the Egg Drop Challenge to practice what we learn in the course – rapid prototyping. 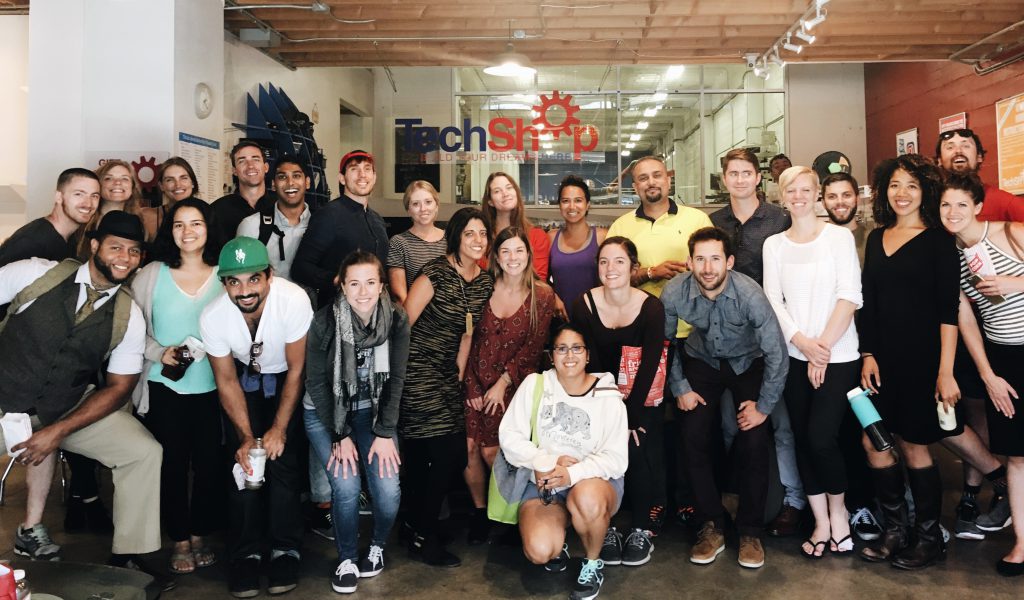 The Tech Shop is the world’s first open access, Do-It-Yourself workshop built for rapid prototyping. The workshop is full of metal cutting machines, woodworking stations, welding stations, laser cutters, and sewing machines. We toured the facility, ideating about the possibilities of prototyping our products, ooh-ing, and ahh-ing at the projects we saw engineers and entrepreneurs working on.

Once back in class we did not just implement ANY egg drop challenge, but the Air Dropping Nutritional Resources in a Remote Area in Madagascar Egg Drop Challenge!

The prompt for our assignment stated that due to habitat loss, possibly caused by climate change, Madagascar is experiencing a severe protein deficiency among various highland villages. However, the lowland villages of Madagascar have booming chicken farms and Joel Salatin’s chicken-mobiles have recently become the leading international example of holistic, organic, and sustainable chicken and egg farming. The chicken egg is now the solution that tens of thousands of highland villagers’ lives depend upon and the student teams were tasked with delivering these eggs intact from their organic homes in the lowlands to the needy peoples of the highlands.

The teams had 60 minutes to create a small-scale model of their egg carrier that will be dropped 20 feet and judged based on the use of materials, the ability to safely deliver the egg, and the ability to land within a target area. But the end goal of the project was to create a sustainable business opportunity and the best team will be recommended by the Madagascar government to other similarly affected nations. The teams of six people were also instructed to take on role assignments including Product Development Manager, Industrial Design Engineer, Operations Engineer, and Marketing Communication Manager. That’s right, we needed to do marketing as well.

The Marketing Communications Manager was to serve as the link between the product-development team, the government, and the many communities that will be served by the product. This individual was tasked with creating a brochure describing to the recipients how to deal with the delivery system, how to collect the eggs, what to do with the packaging materials once the eggs are obtained, and what to do with the eggs themselves. Considering there are 25 different dialects spoken in the region, this brochure likely was going to look like an Ikea Instruction Manual. The Operations Engineer’s goal was to make the product with minimal cost, and the Product Development Manager was required to make sure the product was visible after landing, aesthetically pleasing, delivered intact, and used reusable or compostable materials.

Nathan Essex (C25, MBA) stated, “Our group thought it would be super easy to just make a carrier to drop the egg, but we needed to make it visible, financially viable, and understandable for someone who does not speak our native language, so those elements added layers of complexity.

All these additional constraints made for a project that even though it was rapid prototyping, there wasn’t a quick answer to any of the things or any of the problems and that echoes the wicked problem concept. We can make a lot of things quickly but we are going to lose out on some of the deeper thought and design elements.”

There were numerous requirements and just 60 minutes to complete the assignment. This was rapid prototyping at it’s finest. Creativity was flowing with one team thinking completely outside of the box by making a brightly colored, spiky straw spaceship for their egg and another making a parachute for their egg vessel. One team took the rapid prototyping challenge to heart by testing their first prototype early on. Their test run resulted in a safe landing for their egg, but gave them false hope as their egg did not last in the finals. The whole class was surprised to find that only ONE team’s egg made a safe landing in the finals, and this just happened to be my team.

My team was in NO WAY confident that our egg would land safely because we too took the rapid prototyping challenge to heart early on as well, but our first prototype egg broke immediately on impact. I was really skeptical of this project, in the beginning, thinking why are we doing an egg drop in grad school and then after seeing the extensive prompt with only an hour to prototype and complete, I checked my skepticism. Valuable time spent in a course centered around the valuable methodology Human Centered Design.