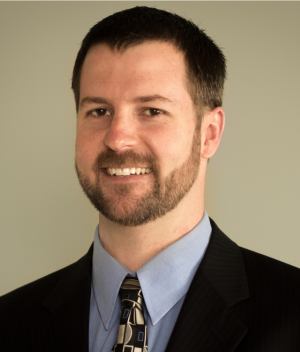 Presidio Graduate School MBA alumnus Dave Groves, 32, admits the idea is “whimsical,” but is convinced it is important enough to embrace — social impact bonds for environmental change or a system whereby private investors are rewarded when environmental impact is achieved.

“Right now the vast majority of thinking around investment is limited to private enterprise because maximizing profit is the key goal,” he says.  “Putting money into a local social program that aims to reduce homelessness, or support an environmental initiative, for example, is a bit riskier.”

Social impact bonds have garnered the attention of mainstream media, but using them for environmental impact is new, Groves says, and it carries with it the potential to be a game-changer.

He says the key to changing that investment landscape is to train more people to think not just about a triple bottom line but to imagine even beyond those constraints to an economic paradigm that allows for what may seem like “whimsical” ideas.

Groves graduated from Presidio in spring 2012. Before that, he was an environmental lobbyist.

He was “intrigued” by Presidio’s “green” MBA program, he says, particularly after someone in the State Department in Washington, D.C. asked him where he’d obtained his law degree. He had no law degree. The green MBA sounded like a good plan.

The year-and-a-half program equipped him, he says, with the tools to stand inside the business world, rather than rest just outside it.  More than that, the Presidio program supported a new way of thinking about economics, one that suited Groves’ understanding of the world.

“We were taught to question some of the fundamental underlying assumptions of economic theory, things like short-term thinking and not thinking about sustainability,” he says. “That opens up whole new worlds.”

For Groves, it opened up the world of social impact bonds.  Now he heads a fledgling nonprofit called Private Capital for Public Good and hopes to create the first environmentally oriented social impact bond.  In five or 10 years, he dreams that the investment landscape will have shifted so that private investors will enter into social impact bonds with greater comfort.

“Initially it will be the impact investors that take part, almost charitable donations with a possibility of return,” Groves says. “Eventually I’d like to see the biggest institutional investors choosing social impact bonds because they make sense. If that happens, we will know the shift in economic paradigm has taken place.”