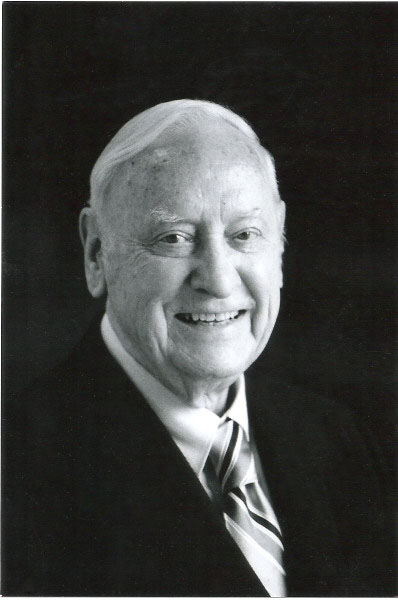 Richard Gray on Exploring a Federal Model for Presidio

Richard Gray has dedicated his adult working life to creating collaborative learning communities, Presidio Graduate School being the third of these. He opened World College West in 1973 and Presidio World College in 1993.

While he’s intending to take more of a background role with Presidio going forward, Richard has some ideas as a current board member on what’s working well in the system and also what new conversation he believes needs to be explored further. We caught up with him to discuss these topics briefly. This is an edited and condensed version of that discussion.

What’s energizing you most about what you are seeing unfolding in the Presidio community today?

Richard: My theory is that we learn more in a learning community than we do by absorbing information.

A collaborative learning community means students learn as much from students as they do from faculty and vice versa and administration learns from both.

Presidio is such a learning community in practice and that really energizes me.

Do you have a story that you feel really exemplifies that?

Richard: First of all, the story is that everybody has to have a clear understanding of the relationships.

The best evidence of this is the capstone projects that the students come up with and present in terms of creating new business or a new way of doing something that is also looked at by venture capital people and so on.

One example is an electric motorcycle first developed by a student that has been successful.

The capstone projects themselves, many of which have resulted in ongoing businesses, are the evidence that collaboration works.

What’s possible now that was not possible before?

Richard: It takes awhile for any institution to really get its legs, and that’s true certainly of this one.

But the foundations have been laid now and I think the administration today has never been more unified, organized and effective and that’s when things become really possible.

We just secured accreditation candidacy. We’ve also been an affiliate of Alliant International University (a private not-for-profit accredited institution) for about 10 years or so and now we’re going to be independent. I think all of that offers possibilities that weren’t there before.

What new conversation could ripple out in a way that created new possibilities for this community’s future?

Richard: A federation as you know is an assembly of somewhat independent entities which work together, but they are under a federal or unified centre, the purpose of which is to make administrative functions efficient and productive.

I think it’s a marvelous model or theory for us for the future, and for other schools, especially small schools, like this one.

British economist Charles Handy’s premise is that small units which are independent in nature will generate more creativity and more productivity than would completely independent projects which are not connected with anyone else.

So I’m saying the future, not just of higher education but education generally, is going to lie in collaborative kinds of programs and organization, and I think the federal model is a good one.

By that I mean we don’t need to provide staffing for every activity that goes on in a college or a graduate school and I don’t think, unless you’re a big school, you need to do that at all — it’s different if you have thousands of students.

But if you have a few hundred students, it’s almost a boutique operation and you need to be more effective and efficient in that.

So I think the conversation has to do with what is the nature of the federal system, the federal model, that will work best for small, creative, independent organizations. The current president is exploring several possible connections.

What could be challenges with this, and how might those be met?

How do you do that and still have a system in which others are involved?

What you’ve really done with the federal model is out-sourced several activities which can be usually handled in a more effective manner on a larger scale.

So I think the real challenge is how that can work.

I’m not sure if America has been very good at this.

Any thoughts on what’s integral to it working?

Richard: It really has to do more with spirit than with law, because you can’t turn this kind of an operation into a legal system as much as a system where people have made the commitment to work together.

And as you all know, if you haven’t made that commitment, nothing else is going to work anyway.

So I think that’s the challenge.

Page Smith from the University of California wrote a book called Killing the Spirit, which is about how universities and schools can tend to do that.

And I think that could be a case here too unless people can really work together.

I think our president, William Shutkin, is open to collaborative projects and collaborative working and is already exploring some possibilities.

But we’re still heading towards independence so that these entities that make up the federal system can function independently, because if you lose that, you also lose the energy.

If you’re creating something, the satisfaction that comes from it and from making it work depends on your feeling some independence.

I think the fact that most people in the world don’t like their job is because they don’t feel that they can really exercise their creativity — and that’s sacred.