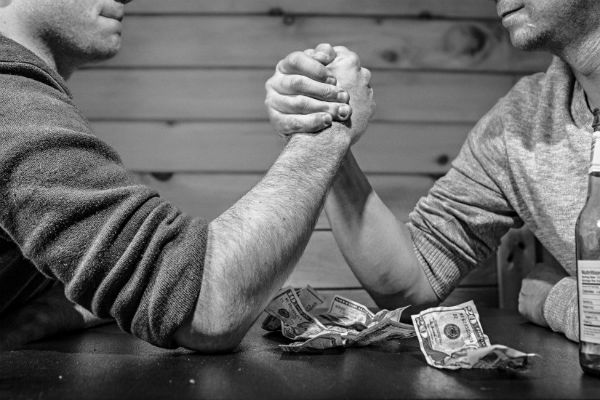 Let’s be honest: the deficit isn’t going away anytime soon.

It is a problem, but it’s not the real problem. The real issue we need to be concerned with is that our money system cannot create a sustainable economy, at least not in today’s world.

Money is issued by the same debt system used to create it. When you look at it that way—that all the globe’s money is both created and issued by the same system—it becomes apparent that it cannot serve the entire population of 7 billion people.

If that doesn’t convince you, here are three more reasons why the monetary system cannot sustain the economy.

1. In Order to Work Properly, It Must Continue Growing at All Times

In the current debt system, new money is created and issued when banks offer loans to businesses or individuals. The interest rate of those loans – which steadily climbs over the time the debt is active and remains unpaid – is what helps generate new money, raising the total value of the economy in theory. Keep in mind, this value increase doesn’t happen in large increments, but it’s supposed to happen enough to afford the economy continued growth. What actually happens is more of a balance, as some borrowers never repay those debts while others do.

In order to pay off debts, we as a society must continue to offer products or services. This not only relates to your job or career, but also to businesses that must continue to generate new products lest they fail.

If this cycle slows down or falters, banks offering loans will go bankrupt, causing the entire world economy to crash. To prevent this, the monetary system must continue growing endlessly, day after day. When we as a society need more goods, we convert natural materials like fossil fuels into payable products. So you see, natural resources are what sustain the current monetary system.

Someday, those natural resources are going to run out. They are finite, which means that our monetary system will not grow forever as it needs to. It is not unlimited and that growth will come to a plateau before plummeting into the abyss.

2. It Widens the Wealth Gap and Encourages Unhealthy Competition

Because of this hoarding – there’s really no other way to put it – by a few people, everyone else must divide up the rest of the money, which isn’t much. This leaves us all fighting for scraps, so to speak. It becomes a brutal and strenuous fight just to get your hands on some of the remaining money, a competition. This competition and necessary greed generates mistrust, individualism and even more hoarding.

Why do the 1 percent need so much money if it’s just sitting there? How can we all turn a blind eye to the rest of the world’s population that has nothing, not even a cent to their name? There is absolutely no way that our society will continue to grow in a healthy manner forever under this system. At some point, things are going to change for the worse.

Why, after all, would a company like Apple spend a ton of money on research, development and manufacturing to produce a smartwatch for the poor, who cannot pay for such a thing? They wouldn’t, not if they want to make a profit. Instead, they focus on creating a more expensive product for the few people out there that have enough money for it.

It is this pattern that causes us to abandon those in need. While everyone is busy creating new products for or offering their services to the rich, no one is helping the poor, at least not on a grand scale.

This forces many to accept lower wages, longer work hours and terrible conditions, just to make enough to survive. Some people are better off than others, like those lucky enough to have a higher-paying career or job. However, in the end those people, just like everyone else, are forced to surrender their money back to the 1 percent.

If those people were to take their money and invest it in the poor instead, they’d get nothing sustainable in return. That’s not to say you shouldn’t do it out of the goodness of your heart, just that you cannot live that way – especially if you have a family and mouths to feed.

How do you think we can remedy this situation? What can be done? This is exactly why sustainable business management is so crucial in today’s economy. Otherwise we’re going to run into a much bigger problem than a large deficit.