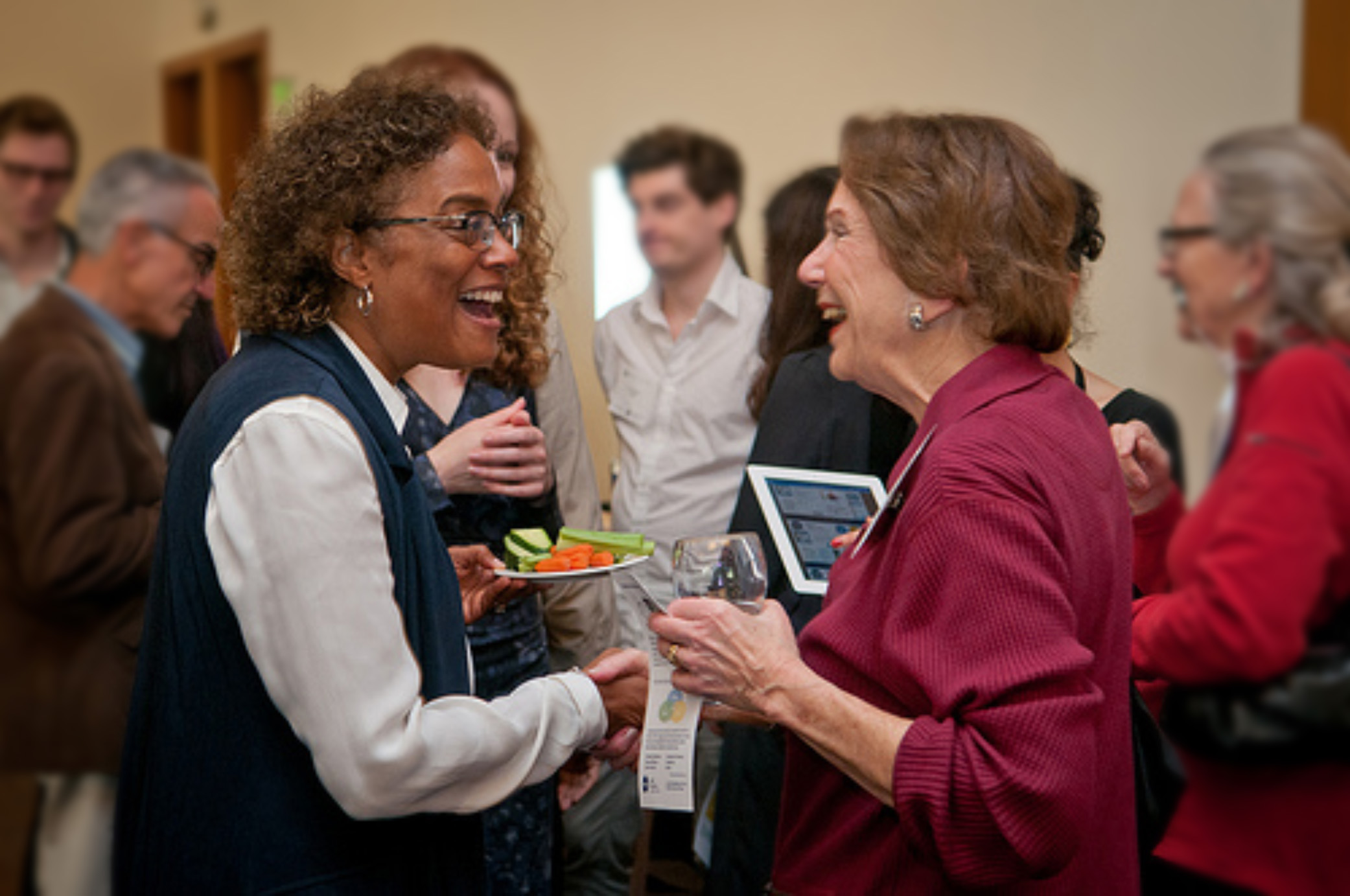 When I was studying non-profit management in Cambridge back in 2004, I was assigned terribly dry texts on organizational operations and board governance. But among the organizational chart diagrams and Ten Commandments of Effective Human Resource Management, I was surprised to be so inspired by the chapters on Board leadership. I learned that effective Boards are not just made up of folks with connections and resources; the best Boards are dynamic, diverse, and attract individuals who are committed and serve humbly and by example.

We are fortunate, here at Presidio Graduate School, to have a history of engaging truly incredible supporters and Board members – women and men who have taken great care to support and nurture our growing school.

Even as a self-proclaimed non-traditional board member, Judy Lipsett has provided vital support and resources throughout the school’s history. When Richard (Dick) Gray approached her in 2002 to join the Board and help launch the flagship sustainable MBA program, Judy declined. She told Dick that she thought she would simply not make a good Board member. But Dick did not give up. “How about just try it for six months?” Dick slyly suggested.  Without a reasonable excuse, she acquiesced. Judy was a member of the Presidio Board of Directors for eight years, from May 2002 through June 2010. She has been a Presidio Ambassador ever since.

Recently, I had the opportunity to speak with Judy, and ask her about her life and involvement with the school. I learned she grew up with three siblings in Chicago and married in New York. After visiting San Francisco, Judy knew she always wanted to live here. When her husband’s work brought the family to San Francisco, he thought it would only be temporary. Yet Judy knew that San Francisco was where she wanted to call home. Indeed, they never moved back to New York.

After raising her children here (though she opted to follow the sun to Marin for the summers), Judy has remained active with her San Francisco community and family. Judy’s five grandchildren keep her incredibly busy as she attends as many of their school plays and concerts as she can. Here are some of the things she had to say when I asked about her engagement with Presidio Graduate School over the years.

Q: What stands out about your early involvement with Presidio Graduate School?

A: They had these wonderful talks once a month about sustainability. I would often go to classes (in those days you were allowed to just show up at the classes), community events, and speaker events and just listen. I used to go a lot and always wanted to bring more people. The talks were so thoughtful and informative. Once, I was able to convince my brother Alex to join me. He hated coming into the city so I bribed him by promising to take him to one of his favorite Chinese restaurants afterwards. He came and was inspired. Over our dinner he shared that he thought his nephew would enjoy being a student in the program. He said, “I think this would be the perfect place for Todd.”

Okay, we need to pause here for a second: Because of that Chinese-food bribe, Alex did tell his nephew, Todd English, about the program, which led to his subsequent enrollment. As part of MBA Cohort 4, Todd and his classmate Jeff teamed up on an assignment. What started as a Capstone project evolved into a venture business that would address climate change through the collection and destruction of ozone depleting substances (ODS). Their company, EOS Climate, has since grown into a thriving organization that is, well, saving the ozone. Since launching in 2007, the organization has delivered more than 2.4 million metric tons of CO2-equivalent in emission reductions. Sometimes, helping to create meaningful change just means making a connection and getting the right people in a room together. Now back to the interview.

Q: What was it like being on the Board of Directors for a start-up school?

A: Oh, I loved everything that the school was about. On the Board, everyone had a different opinion, but it was a good group. Okay, some people were not as good, but others were way beyond what I could even imagine in experience and insight. And Dick had a vision. A great vision. The challenge was that in order for the vision and ideas to work, it took other people to come in and help figure it out. We had a great program but needed students. To get the word out and to get people hearing about the school is a big job.

Q: Ten years later, what is your impression of the school now?

A: While the vision has not changed, I think it is a very different school. I think that people [on the board] were much more hands-on in the past.

Q: What is your vision for Presidio?

A: I would like to see this school become well known everywhere! I hope that the current Board continues to use their talents and the talents of the other people in the school – faculty, staff, and students – to change the world.

Q: Is there anything that has been particularly exciting to you about being involved in Presidio Graduate School?

A: I’m so happy that the school has gone so far and I am amazed to see how well the school has done. It’s terrific. I am especially happy for Dick’s sake that his vision has come so far and made such a difference. I hope that he is very proud. I attended the Capstone event the other night and the students were pretty amazing. It’s terrific to see the school continue to grow. You know, at the beginning we did not know if it was going to fly. [She laughs.] That’s the fun part about it. It was an experiment. And it’s working!

According to the book “Breakthrough Management for not-for-profit organizations: Beyond Survival in the 20th Century” a Board has a duty of care—care for people, care for the mission, and care for the many involved in the implementation and stewardship of the mission. The Board is the backbone of the organization, a high-performance, highly committed team of competent, passionate, and resourceful individuals. As a founding Board member, Judy Lipsett set a high bar for subsequent leadership and has remained committed and involved ever since. Thank you, Judy, for your support and care and for being the living example of a textbook ideal.