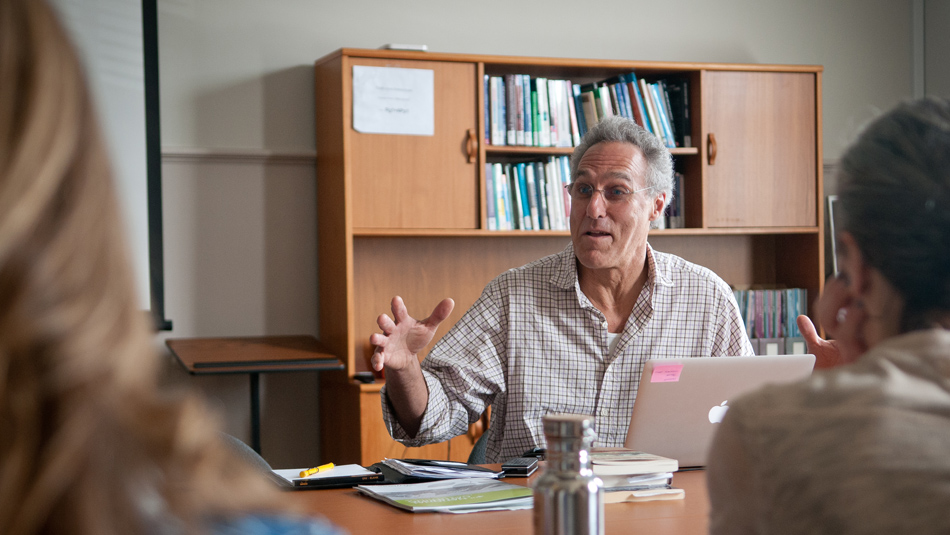 “One of the biggest challenges we face in our economy is the separation of money from things of true value.”

When PresidioPRO Faculty Director Ryan Cabinte, said this on Wednesday, May 8th it certainly wasn’t the first time the sentiment had been raised at Presidio Graduate School. In fact, the Outgrowing GDP Symposium just a week prior had centered on the differences between profit and progress. While that conversation focused on metrics, the PresidioPRO Master Class with Slow Money founder Woody Tasch approached the topic differently: through impact investing.

“Woody’s work takes money out of abstraction and helps us reconnect its use with things of real value like food and the natural world,” said Ryan.

The Slow Money movement began in 2009 shortly after publishing his book “Inquiries Into the Nature of Slow Money: Investing as if Food, Farms, and Fertility Mattered.” In the book, Mr. Tasch describes how a healthy culture is dependent on a relationship with the land.

“We are being wildly inefficient with the use of our land,” said Mr. Tasch, quoting a Scientific American article that says only approximately 20% of corn grown in the U.S. actually feeds people.

Although he agrees with movements like Occupy Wall Street, he says the American people must do more.

“Protest is essential, but if we only protest and don’t invest, we are pushing the responsibility off elsewhere,” said Mr. Tasch.

“How did the money get to Wall Street in the first place?” he asked the class rhetorically. “We must take responsibility for our investments.”

Tasch calls this “staring the pig in the face” and says the key is slowing our money down through a variety of alternative financial opportunities focused on local food systems.

Slow Money also recently launched their non-profit venture called Gatheround. Capital in this club would be raised via donations; any returns would be re-invested.