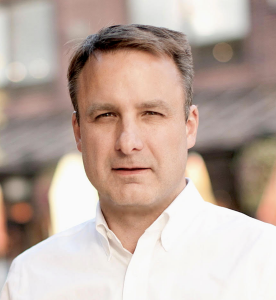 Dr. Jonathan Foley is a climate and environmental scientist and science communicator. His work is focused on understanding our changing planet, and finding new solutions to sustain the climate, ecosystems, and natural resources we all depend on.  Foley’s research and insights have led him to become a trusted advisor to governments, foundations, non-governmental organizations, and business leaders around the world. He and his colleagues have made major contributions to our understanding of global ecosystems, food security and the environment, climate change, and the sustainability of the world’s resources. He has published over 130 peer-reviewed scientific articles, including highly cited works in Science and Nature.  A noted science communicator, his presentations have been featured at hundreds of international venues, including the Aspen Institute, the World Bank, National Geographic, Chautauqua, Commonwealth Club, the National Science March, and TED.com. He has also written many popular articles, op-eds, and essays in publications like National Geographic, The New York Times, the Guardian, and Scientific American. He is also frequently interviewed by documentary filmmakers and international media outlets, and has appeared on National Public Radio, PBS NewsHour, the BBC, CNN, and in the New York Times, the Guardian, the Washington Post, Salon, and WIRED.  Foley has won numerous awards, including the Presidential Early Career Award for Scientists and Engineers, awarded by President Clinton; the J.S. McDonnell Foundation’s 21st Century Science Award; an Aldo Leopold Leadership Fellowship; the Sustainability Science Award from the Ecological Society of America; and the National Science Foundation’s Faculty Early Career Award. In 2014, he was also named as the winner of the Heinz Award for the Environment.