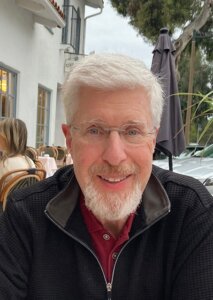 Seth’s career has involved work in both the corporate and nonprofit sectors. After graduating from Tufts University in 1977, Seth worked at the management consulting firm of Bain & Company in Boston. He received his MBA from Harvard in 1981. Seth then returned to Bain, in their London office, for four years. In 1985, Seth joined American Express where he held various general management jobs in New York, London, and San Francisco.

Seth’s last corporate job was as a division president for Providian Financial, where he grew a business unit from 200,000 customers to over 5 million from 1994-1999. He was also a driving force behind developing an internal training program to develop the next generation of leaders at Providian. While at Providian, he served on various bank boards, which included work on community redevelopment. He also participated in Providian’s $5 Million child-care initiative in New Hampshire.

Seth left Providian in 2000 to join a new nonprofit venture, The Bridgespan Group, founded in part by his former employer, Bain & Company, and dedicated to providing top-notch management consulting to the nonprofit sector. Seth was a partner in Bridgespan’s San Francisco office until November 2003.

Since November 2003, Seth has continued his nonprofit consulting independent of Bridgespan, working on projects ranging from strategy reviews and business planning to executive coaching. He coaches social entrepreneurs in all aspects of management including their written and oral communications. He teaches classes in nonprofit management and persuasive communications within the MBA program at Mills College, teaches Management Communications within Wharton’s Executive MBA program in San Francisco, and will be teaching Persuasive Communications at the Presidio Graduate School in the Spring of 2022.

Seth lives in San Rafael, CA with his wife, Amy, a mental health advocate, and has two adult sons, Ben (30) and Jeffrey (27).