Mona Das (D-Kent), is a newly elected Washington State Senator and a Bainbridge Graduate Institute (BGI – now Presidio Graduate School) alumna. Das brings systems thinking and a passion for sustainability and representation to the Washington State Senate. She has introduced 11 bills to the legislature so far.

Das enjoys meeting and learning from constituents. She is taking every opportunity to use her influence and lend her voice to advance their interests. Three bills she sponsored demonstrate her commitment to safeguarding the environment and supporting local communities. 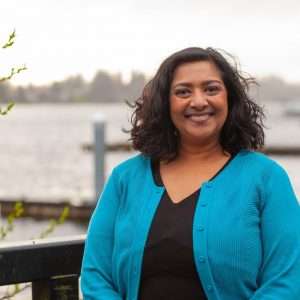 Senate Bills 5323 and 5025 both recently passed the state Senate – early wins for Das. 5323 prohibits retailers statewide from handing out single-use plastic bags. 5025 exempts materials and services associated with “self-help housing” from sales tax, and the sale of the home from Washington State Real Estate Excise Tax (REET). “Self-help housing” is most commonly understood as the Habitat for Humanity model, in which a low-income homebuyer participates in the construction of their home with a nonprofit agency.

Senate Bill 5545 is under consideration by the Committee on Environment, Energy & Technology responds to China’s import ban and seeks to implement a recycling center in Washington State to process plastics four through seven.

“Every step of the way you need to nurture a bill, otherwise it will not move forward in the process,” Das said. “Getting a bill through is tough because there are so many hoops to jump through. People are vetting it and putting it under a microscope.” She said this process is invaluable because each step of the legislative process involves engaging members of the public who speak for or against the bill. Bills must pass with a majority vote, so it is essential they have broad appeal.

Das believes that a person should “dream big and keep going.” Her commitment to becoming a senator started 13 years ago. “You have an idea, and you put it on a shelf, but this thought kept coming back to me,” Das said. Her career is in the mortgage industry, and the housing crash caused her to question what was important and meaningful in her life. She did some soul searching to figure out what she was passionate about.

She discovered she was passionate about recycling, which led her to BGI. “The BGI community was extremely supportive; I am grateful for my time there,” Das said. “It taught me how to be a systems thinker, how to do stakeholder engagement and to see things on a large scale. I have taken this systems approach to problem-solving to the legislature with me. I would love to mentor the next generation of students at Presidio Graduate School that are interested in politics.”

President Trump’s election jolted her into action. On the day after the election, Das noticed everyone around her was crying. She realized then she was ready to run for office. Her hopes and dreams are, “to serve my district; we have a lot of transit needs and affordable housing issues. I hope to serve my district with honor and integrity and make legislation that is beneficial for all.” 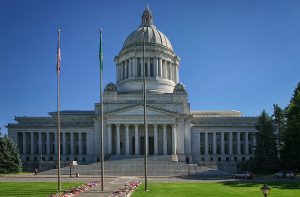 Das serves on the following committees: Financial Institutions, Economic Development & Foreign Trade; Housing Stability & Affordability; and Transportation. “The thing about legislation is that it is typically created in silos,” Das said. “I can see the bigger systems picture and understand how the pieces all connect.” For example, another policy interest is locating affordable housing closer to transit centers, which connects the agendas of many different committees.

“It is an incredible time to be a leader, to stand up and to have your ideas heard,” Das said. “Representation truly matters. I’m usually the only woman and definitely the only woman of color. It is amazing to see diversity seeping into the mainstream.”

Sign up to learn more about our masters programs rooted in sustainability.