Our unstoppable community of change is strengthened and enriched by the fact that it includes not only Presidians, but also alumni of Pinchot University (formerly Bainbridge Graduate Institute), who are creating positive change across the globe. Their unique journeys and trailblazing efforts make our community what it is today. In our Changemakers in Action series, we meet true sustainability and social justice leaders and learn how they bring about positive change. Today, we’re proud to share our conversation with alumna and Washington State Senator Mona Das, a woman who “MONAvates” others, fights for sustainability, and does it all in her unique way, on her terms.

Before we begin our conversation, meet Mona Das. Mona was born to Indian parents who immigrated to the United States with only $6 in their pockets when she was just eight months old. She spent her childhood moving around due to her father’s job, living in eight states and three countries. She finally settled down in her current hometown of Kent, Washington.

Mona graduated from the University of Cincinnati with a Bachelor of Arts degree in Psychology and earned an MBA in Sustainable Business from Bainbridge Graduate Institute (BGI), which merged with Presidio Graduate School in 2016. She also attended the Women’s Campaign School at Yale University.

For 15 years, Mona has operated her own mortgage business, MOXY Money, while also fundraising for various organizations and driving forward change as a legislator. Elected to the Washington State Senate in 2018, Mona has centered her career around sustainable development, equal access to housing, and empowering marginalized voices.

As a dedicated member of our community, Mona has remained active and involved through several alumni roles, including serving on the Board of Trustees. Mona brings her passion for inspiring and connecting people to building community. At Pinchot, Mona learned to embrace her voice, lead by example, and inspire others to change the world. She also serves on the board of the Women’s Business Exchange. She recently launched MOXY!, an organization designed to inspire, coach, and mentor women to live their lives and earn their livelihood by following their true purpose. She loves when friends tell her they have been “MONAvated!”

MR: In fact, reading your origin story makes me feel “MONAvated” right now! It’s an honor to interview such an accomplished and determined changemaker. What sparked your interest in sustainability?

Mona: Not wanting to pay five cents for a grocery bag while living in Ireland in my early thirties!

Kidding—but also, not kidding! It was also a change not having a car there and, instead, walking or taking public transportation to work.

But sustainability has also been ingrained into me since childhood. My family was very poor. We came to the States with $6 to our names when I was just a baby, so camping was a family pastime. When I moved to New Hampshire after college, I learned to appreciate the outdoors in a new way with hiking, skiing, and so on. I took this journey to “find myself” and, in the process, found a growing interest in the outdoors and sustainability. But Ireland was a turning point.

In Ireland, I learned how to reduce, reuse, and recycle. My partner at the time and I didn’t go out to eat much, so we became chefs. We became cooks. And we started to feel really good!

That is really where the sustainability journey started. At first, I just called it recycling, and I was really big into it. And then, obviously, that evolved.

MR: Very interesting! So what ultimately led you to BGI/Pinchot?

Mona: The short answer is that the mortgage industry crashed, and I went from making six figures to hardly anything. So one of my very good friends, Dave, suggested that I sell carbon offsets. At first, I had zero clue as to what a carbon offset was, but he explained it to me, and I was like, “Okay, so sustainability, recycling, got it!” At the time, I didn’t even have the correct vocabulary to understand the wider world of sustainability, but this got me going in the right direction.

Then, the Universe hit me over the head with it. I met loads of Bainbridge alums as I learned more about carbon offsets and how to move up in the industry.

When I went to the Go Green Conference, I got to know five Bainbridge alumni. I ended up meeting with one of them for coffee, and I asked, “So you’ve done this two-year MBA in sustainability. What would you change about the program?” He responded, “Absolutely nothing.”

I was SHOCKED. And, of course, intrigued.

Then he started talking about Island Wood, and I was sold. And then, when I went to Island Wood for Sustainability Saturday, I was entirely sold—hook, line, and sinker!

In the first year of the program, I was intimidated and definitely experienced imposter syndrome. For the first year, believe it or not, I was quiet. I was really quiet. And I didn’t say much because all of my other BGI friends were so smart.

But then, in my second year, I discovered just how smart I was! Smart in the CREATIVE way. We took a course, Creativity and Right Livelihood, which was my pinnacle class in grad school. We got to unleash our creative potential. In that class, I realized that I’m not smart like my family in subjects like science and math, but I’m deeply creative. I am a creative, brilliant person. That class unleashed my creativity and my potential.

MR: It’s so terrific that Bainbridge helped you discover your brilliance. Tell us about the importance of the Bainbridge experience! What have you taken away from your time in that program that still serves you today? How did it impact you moving forward?

Mona: One of the things that I take with me—and I always say this: Circle.

Let me describe Circle to you. I know that Presidio has adopted it, which is fantastic. You sit in a physical circle. And you sit in that circle because you can see everybody else in the circle at once. It’s pretty powerful. We started every Thursday afternoon session with Circle, beginning with “appreciations.”

When you get to Circle, and you hear appreciations—and let’s say you disagreed with a teammate, and then all of a sudden that teammate appreciates you in Circle—you don’t hold a grudge anymore. Right? It disarms the situation.

I actually brought this Circle tradition to the legislature. And this is how I passed the Styrofoam Bill out of the senate in 2020. The year before, I was aiming to ban plastic bags. The bill didn’t pass in the first year. So I knew it was going to pass the second year. I already knew I was banning plastic bags; that was a given. And that wasn’t my bill. I inherited that. But the bill against Styrofoam—this was my bill, my idea—I wanted to ban it.

I convened a stakeholder meeting, and the first thing I did was I asked everybody to come and sit at the table so that everyone could see each other—including staff. Our staff was extremely uncomfortable because they were never asked to sit at the table, ever. And I will say that I’m a different legislator: I wasn’t groomed to be a legislator, so I tend to do things in unconventional ways. I could tell a lot of people were tense. One woman sat there with her arms crossed because she did not like this bill and what it would do to the grocers.

I started by saying, “Thank you for being here. We are going to go around the table to get everyone’s voice heard in the room.” And I continued, “I want everyone to go around, say your name, what organization you’re from,” and whether they were probably pro or con for the bill.

And then I went around, addressing the group, and said, “Okay, you’re all here because you either love or hate the bill. I don’t want to hear your problem with the bill. I know you have a problem. Otherwise, you wouldn’t be in this room. What I want to hear is your solution. I want you to tell me what’s going to make you and the organization that you’re representing pro-bill.”

There was, honestly, a comprehensive list of people in the room. And everybody was also, by the way, appreciative to be included in a meeting.

It was incredible! People felt heard and, in turn, that made them more willing to listen. We reached a solution so quickly.

MR: Thank you for sharing that, Mona. You’ve done truly amazing work, and I know there’s much more to come. Before you go, what advice would you give someone who seeks to follow your path?

Mona: Follow your path, bet on yourself, find what you’re meant to do, and keep going.

And I should add—don’t follow my path! Follow your path! Find a way to keep your dream alive. I used my 401k after grad school to keep myself going forward and figuring out WHAT exactly I wanted to do. And the funny story is, I decided I was going to be a senator…in the shower! And then, I just made it happen.

The moment I knew it was going to happen was when I was walking my dog, Cleveland, and saw the “Pramila Jayapal for Senator” sign. I thought to myself, “This is a woman, an Indian woman, and she is running. I can do the same.” And now I am in Pramila’s old office! I’m honestly getting so tearful just talking about it.

Believe in yourself and keep going. There were only 12 people in the state of Washington that thought I could win. Thankfully I was one of them. I believed in myself so strongly that I knew I would win.

Looking to level up your ability to create a positive impact? Want to join our tight-knit community of change? Learn more about our MBA, MPA, Dual Degree, and Certificate programs, and then start a conversation with us! 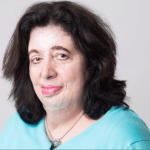 About the Author / Merry Richter

Merry served as the Director of Marketing & Communications at Presidio Graduate School and the Editor of the Presidian Blog from 2020 to 2021. Her posts share happenings at Presidio, alumni and student stories, and helpful resources and stories of impact.