Jason Walter’s LinkedIn profile doesn’t feature that his job—Director of Business Development for Fleets at EVgo—is a lot of work. Now that EVgo, the nation’s largest public EV fast-charging network, has gone public, Jason’s role has quickly expanded from realizing future growth potential to include all of the complex details that come with positioning the company for public commitments. “There are lots of expectations to which we need to perform, and one always feels behind.”

The urgency underlying any Presidian’s job

Even without the complications of going public, the daily demands of work in the sustainability space tend to pose unique challenges. For graduates of Presidio Graduate School, the typical pressures of a career are often amplified by the urgent drive to create a more sustainable and socially just world. This certainly holds true for Jason, who feels the challenges of his work are a matter of personal impact—in what state of health will the world be for his kids, and your kids?

“It’s simple,” he shared, “leaving things better than I found them, being part of the solution to the climate crisis. Knowing that I contribute to the negative impacts just by existing, I’m intentionally taking a role to mitigate and heal the crisis where possible…I want to know that I did more healing than harm.”

I described the weight I feel as a sustainability management consultant, trying to shepherd companies along the path of planetary sustainability far enough and fast enough to reverse climate change while we still can.

“We struggled with this concept at Presidio Graduate School,” Jason responded. “The simplicity is in the choice between being compelled to act or becoming so overwhelmed such that we freeze up and do nothing—or do less than we can.”

In Jason’s mind, this paralysis is one of the critical issues facing the climate crisis. He explained, “Fear-based motivation results in a lower level of action than I think we’re capable of. I’ve experienced the use of fear in today’s culture spawning unintended consequences. An alternative is for people to become aware of their contribution and take ownership of it. Presidio’s modus operandi is to explore the world with systems thinking and anticipate unintended consequences.”

Jason’s career journey was founded on a childhood that taught him high conviction and surety of what to do, and yet to see and respect that there are multiple approaches. After earning his undergraduate degree in government affairs, he went to Washington, DC to interview people on both sides of the aisle. “As a 21-year-old, I was being told I’d be politically labeled and I quickly realized that I didn’t want to be on the other side of the desk of any of the people I interviewed,” he said.

He saw lawmakers taking a two-sided approach to issues rather than inviting nuanced dialog and consideration. Based on that realization, Jason knew then that he’d have to go beyond the “you’re either with me or against me” mentality and invite the complexity and messiness of life.

In every role that Jason holds, he draws upon two formative lessons from Presidio Graduate School:

Jason attributes the second point to Presidio’s leadership courses, as well as to “the leadership thread that was so core to every class—teaching us to be emotionally intelligent leaders and to request feedback from each other.” In leading a group of people to a common objective, Jason relates that he learned, “I’m 100% responsible in every situation—instead of 50%-/50%; people’s choices are their choices, and forcing them into an outcome is short-term thinking for short-term gains at the cost of a much bigger picture.”

The transition from Presidio to PG&E

Upon receiving his MBA in sustainability from Presidio Graduate School, Jason wanted to deepen his experience in the energy sector. “Lots of folks focused on food or technology or the humanitarian side, and I’m drawn to several of these sectors’ key threads and intersections. Yet I knew that my home was in the energy space.”

Jason had enjoyed carbon accounting and holding sustainability roles. He was ready to run a sustainability department in the energy sector. “When the PG&E strategic marketing role opened up, I quickly discovered that many Presidio alumni developed incredibly meaningful careers at PG&E and that their passion for sustainability was greatly valued—helping to explore and solve how big systems work and operate in every set of interactions with the electric grid, technology, solar, distributed generation, demand response, and electric vehicles.”

Thinking initially that he’d be at PG&E for a couple of years, he ultimately stayed with the company for seven years. “Folks there have earnest commitments to sustainability and becoming leaders in so many areas of energy that I’m interested in. I found that hundreds—or even thousands—of PG&E’s 22,000 employees were truly passionate about sustainability, and wanted to have the same impact I wanted to have.” Jason deeply valued the mindset and camaraderie there.

Fostering EV adoption while at PG&E

In the latter half of his tenure at PG&E, Jason was able to focus on EVs and gain deep industry knowledge in the electric transportation space—helping to shepherd hundreds of millions of dollars to encourage drivers to electrify, commercial fleets to transition to electric, and businesses, multi-unit dwellings, and public areas to install chargers. “PG&E is a heavy-weight champion in the ring; it can place much influence on the system driving access to funds and development of long-term, big projects, which helps to move and create industries—and EVs are part of that.”

Jason credits PG&E for being “an incredible launching pad for entry into the EV space for the next portion of my career.”

The transition from PG&E to EVgo

In his last year at PG&E, Jason had found that reacting to management changes, wildfires, and emergency operations led to higher work stress and work-life imbalance, prompting him to move on. “I knew I wanted to work in the EV space: be it around vehicles, autonomous, chargers, or on the consulting side, leveraging the broad range of skills I obtained in my undergraduate work and at Presidio.” Now he was able to thread the transportation electrification experience at PG&E to common themes at ten prospective employers he identified through networking, interviews, and conversations. “I had a clearer, better-defined scope for my next steps.“

Jason tells a story about two of his cousins who came to ask him about Presidio Graduate School; they were in the film industry and passionate about sustainability. Upon hearing about Jason’s Presidio experience and pursuit of more EV leadership, one of his cousins introduced him to EVgo CEO Cathy Zoi.

Working for a company with a female CEO had a special appeal for Jason. It wasn’t lost on him that several of Presidio’s most personally influential and inspiring professors are women. “In my home life growing up, my adult life, and in my career, I’ve appreciated the emotional intelligence of many female leaders, especially my mom, who has more often gotten me to practice what I preached.”

Work on challenges together

Telling me about his cousin introducing him to the CEO of a company he wanted to work for, Jason made a point of acknowledging that he has been the beneficiary of connections to which not all people have access. “It’s not lost on me the many benefits of being a white male. The question becomes, who do I want to be in this world and whose needs and experiences get considered as part of that worldview. We inhabit a unique moment of awakening to the long endured experiences and pain of so many who’ve been marginalized for far too long. The climate crisis is also a crisis of humanity and our relationships with each other. It’s high time we solve these challenges together… with everyone having a seat at the table.”

Ready to follow in the footsteps of talented sustainability leaders like Jason and become a Presidian? There’s no better time than now to make a change—for yourself and for the world. Learn more about our MBA, MPA, Dual Degree, and Certificate programs, and then start a conversation with us! 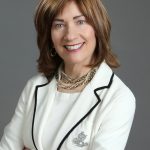 About the Author / Pamela J. Gordon

Pamela J. Gordon is managing director of PGS Consults, the management consultancy at Presidio Graduate School, where she matches our faculty’s and alumni’s sustainability thought leadership with organizations’ needs for profitable, responsible solutions. A supply-chain and sustainability consultant for decades, she wrote the book "Lean and Green: Profit for Your Workplace and the Environment," and teaches the course "Management Consulting Skills for Sustainability Professionals."