While we have been attempting to move the needle on diversity for many years this time feels different, or is it? Dennis Kennedy, Founder and Chair of National Diversity Council (NDC), challenges us to go beyond short-term, performative commitments to real change in our ongoing Racial Equity in Action series.

A recent survey by JUST Capital found that American consumers favored corporate commitments to racial justice, specifically demands for ending police violence, promoting peaceful protests, elevating diversity and inclusion in the workplace, condemning racial injustice and police killings of unarmed Black people. The survey indicates that 89% of Americans believe that this moment (the pandemic crisis, the economic fallout, and racial reckoning) serves as an opportunity for large companies to better serve their workers, customers, and their communities.

Prior to May 2020, the global pandemic had cut through corporate budgets and it was reported that many were cutting back on DEI initiatives by over 35%. According to Glassdoor, postings for diversity officers or corporate diversity leaders fell nearly 60% between March and June. Since June, these job openings have increased by 55%.

The tragic deaths of Ahmaud Arbery, Breonna Taylor, George Floyd, and many others, that were captured on social media and broadcast to the world during a global pandemic, brought racial and social justice to the forefront for many individuals and institutions. Early reports suggest corporations pledged $1.7 billion to address racism within three weeks following George Floyd’s death. By October, that number surpassed $3.3 billion.

Critics assert that many of these statements used the same “vetted corporate jargon” and many offered “thinly veiled self-congratulatory” statements by touting their long-standing commitment to inclusivity, tolerance, and diversity. Critics also assert that despite hefty monetary pledges, big companies were only pledging around 0.15% of their yearly profits and that these companies can make up these financial pledges within minutes or hours.

“Racial justice is neither a moment or momentum, it is a movement that requires years of leadership, strategic work, and a top-down and bottom-up commitment from the institution.”

Data and experience inform us that DEI initiatives often lead to superficial change. As noted in the study above, many DEI statements and commitments serve as performative and reactionary and lack an authentic commitment to racial justice. Too often, companies and organizations find themselves in the diversity loop that begins with a commitment to change, proceeds to strategic DEI actions, marshaling support, and then find themselves in an un/conscious pause until another diversity incident occurs and the cycle begins all over again.

As an industry that generates over $20 billion each year, DEI work and consulting still faces significant barriers to truly realize racial justice. Several reasons come to mind, but the main barrier is “performative DEII.”

What is performative DEII (Diversity, Equity, and Inclusion Initiatives)?

Performative DEII is used to convey a commitment to diversity, equity, and inclusion; however, often neglects to assign a policy, action, or person designed to bring about racial equity. Performatives are ritual social practices that are enacted over time to avoid potential litigation or scrutiny from consumers or stakeholders. These performatives often begin with a company statement declaring a commitment to diversity, equity, inclusion, antiracism, or racial justice, that primarily addresses the current context (incident) and fail to identify and address well-entrenched cultural and institutional underpinnings of racism (systemic and institutional racism). These performative statements and their frequent use do nothing more than maintain power and privilege structures and the subordination of historically minoritized and marginalized individuals and communities.

This act of “we commit insofar as we are required to do so” implicates a short-term commitment to institutional change in pursuit of racial justice. Performatives, therefore, only serve to conceal systemic and institutional racism.

So how are racial equity and racial justice achieved? The first step is acknowledging that there is more to be learned and unlearned about systemic and institutional racism. The second is understanding that DEI initiatives like unconscious bias training and diversity consulting were established to avoid litigation and public scrutiny and not to affect social change. The third is understanding that many DEI initiatives were developed within a society or institution that sought to give limited context, authority, or power to influence change. Research indicates that DEI strategies and initiatives were developed in and often by, white male-dominated institutions, and are maintained within these institutions as resources and activities that suggest a commitment to change.

Taking these three items into consideration is a critical component of antiracism, the process of identifying, addressing, and eliminating policies, practices, traditions, norms, and organizational culture that promotes barriers for historically minoritized and marginalized individuals. Antiracism in pursuit of racial justice requires a steadfast commitment beyond a training or scattered initiatives. Racial justice is neither a moment or momentum, it is a movement that requires years of leadership, strategic work, and a top-down and bottom-up commitment from the institution.

Continue to hear from thought leaders in this space by following our Racial Equity in Action series on the Presidian Blog, where we explore how, as sustainability and impact leaders, we can move the needle toward a more equitable and just society. Our series sits at the intersection of racial justice and social responsibility and features insights from the Presidio community as well as external experts and thought leaders. Our goal is that through these shared insights we can better address racial inequity as a part of our day-to-day interactions and careers. If you’re looking to accelerate or shift your career, live your values, and lead with purpose, consider joining an upcoming cohort at Presidio Graduate School. 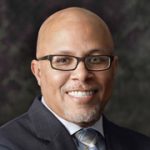 About the Author / Dennis Kennedy

Dennis Kennedy is a leading expert and facilitator in diversity and inclusion. He is Founder and Chair of the National Diversity Council (NDC), an organization focused on bringing together the private, public, and non-profit sectors to discuss the many dimensions and benefits of a multicultural environment. NDC is made up of state and regional councils including the newly launched National Coalition for Racial Justice & Equity.